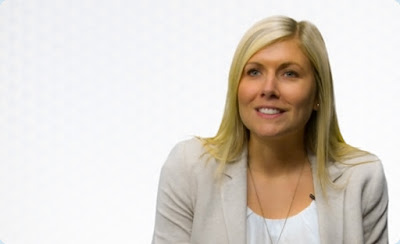 A psychologist is claiming that human couples are happiest when they have sex once a week.

“It’s not necessary to have sex as frequently as possible,” explained Amy Muise of Toronto Mississauga University.

Dr Muise didn’t say how often she does it, but her picture indicates she might have to wear a chastity belt to remain celibate for six days out of seven. Maybe her partner is a Zen master with infinite powers of self-restraint.

Now, humans are the only primates who aren’t sure how much sex they should be having. The other apes just fill their boots whenever the females are in season. “Make hay while the sun shines and salad during the rainy season” is a famous gorilla proverb. What makes humans different is that their mating activities are more often recreational than procreational, like a game of tiddlywinks or hide-and-seek. However enjoyable such pastimes are, they inevitably get tiresome and repetitive if you engage in them too frequently.

The ignoble fate suffered by certain rock stars, found dead in their hotel rooms with ball-gags in their mouths, is distastefully relevant to this discussion. Why do these deranged cokeheads wank themselves to death in bizarre strangulation episodes? The only explanation is that excessive debauchery with eager groupies has made conventional copulation too boring for them.

Incited by his usual mania for numbers, Sade obsessively recorded the number of “introductions” (by which he seems to mean sodomitic masturbations, with or without orgasms) he enjoyed with the help of his devices. It is hard to know how seriously this mathematical exercise should be taken. By December 1st, 1780, only two and a half years after his return to Vincennes, he had recorded 6,536.

It’s difficult to know what to say about such behaviour. Is there any doubt that the silly old pervert would have led a more contented life if he hadn’t been so obsessed about raping his butt? If you let something pleasurable become an addiction, the pleasure turns into something manic and desperate.

I’m not convinced, however, that once a week is ideal for all humans. My old circus buddy Smacker Ramrod used to get antsy if he hadn’t had sex for a week, sometimes biting pieces of wood in frustration. And when he did eventually get laid, the women were often dissatisfied by the speedy service he rendered. He had to force himself to think about Latin irregular verbs to keep himself going for longer.

So Dr Amy Muise has the right idea, but her advice is overly prescriptive. It’s easy to draw erroneous conclusions by taking the average of a large sample. She should make her data public so we can give it a thorough examination. There must be many examples of happy couples having crazy monkey sex every day. 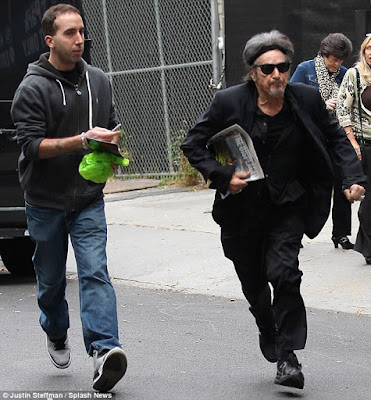 I don’t know whether to be happy or sad about the news that Al Pacino was seen sprinting through a street in Manhattan after a fan asked him for an autograph. On the plus side, a 75-year-old man who can show a clean pair of heels to stray autograph hunters must have the heart and lungs of an impala. But on the minus side, it is somewhat deflating to see the actor who played Michael Corleone run like a hare when confronted by a fellow holding a pen and notebook. Maybe he had a flashback of Don Corleone telling a business associate that either his signature or his brains would be on the contract.

The manager of the safari camp once asked me if any of the characters in The Godfather would have been at home in my community.

“Didn’t Luca Brasi remind you of a gorilla?” he said in an attempt to rile me.

“He was more like a hippopotamus who got hunted down by a pack of hyenas,” I replied. “Sonny Corleone did remind me of a baboon, though.”

“I never knew baboons had sex standing up,” smirked the manager.

“Baboons will try most things,” I remarked.

In truth, we apes could never set up an organisation like the Mafia. The code of omertà would impossible in the jungle, where the parrots overhear everything. As soon as we agreed to bump off some baboon, the news would flash through the neighbourhood in an instant.

Now I don’t deny The Godfather was a great film, but there are aspects of the plot that didn’t quite add up for me. Why, for example, was Michael Corleone so keen to marry the woman played by Diane Keaton? She wasn’t Sicilian and clearly showed signs of being the whiney, moralising type who would make a fuss whenever someone got shot in the head. Nor was she a follower of the popish religion, which allowed her to terminate a pregnancy to the great annoyance of her husband. Couldn’t Michael have foreseen all these problems? When he was a fugitive in Sicily, he had the good sense to marry a local girl who spoke no English and didn’t ask questions about the family business. But unfortunately she was killed by a car bomb intended for her husband. It was the saddest scene in the movie and I confess I cried like a baby.

You see, that’s the problem with these gangster movies. There’s never a happy ending and you leave the cinema feeling as if you’ve just been to a funeral. A few years after The Godfather, Pacino played a Cuban hoodlum called Tony Montana in a film called Scarface. The only light moment in the movie occurred when Tony’s sidekick explained how he could seduce American girls by wiggling his tongue.

“Oh, look at that f***king thing it looks like a lizard!” exclaimed Tony. “Like a bug coming out of your mouth!”

It was a brilliant line which Pacino should remember the next time he is pestered by autograph hunters. 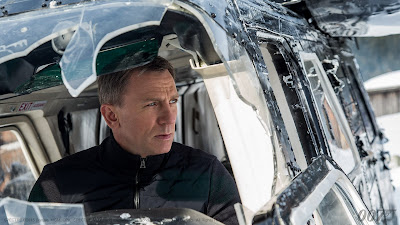 I overheard some tourists on safari discussing the new James Bond movie.

“Have you seen it?” they asked me.

“We better stop talking about it so we don’t spoil it for you.”

“How very considerate of you,” I said. “But when it finally appears in the Congo I will have forgotten everything you say, so don’t hold your tongues on my account.”

The manager of the safari camp, who lacks the patience of a gorilla, will shortly be visiting London with his wife so he can watch it at a West End cinema. I have advised him to take his cattle prod with him.

The question on the lips of every Bond buff is whether Daniel Craig has completed his stint in the role. The producer, Ms Broccoli, has muddied the waters by claiming she wants to hang on to him for as long as possible. This is just luvvie talk. Speaking as Danny’s confidante and mentor, I know for a fact that his 007 days are over. Time is the pitiless eroder of all flesh, and Danny is far too sensitive about his appearance to risk another Bond love scene.

“What am I going to do about my moobs?” he asked me the last time we spoke on the phone.

“Cover them up, Danny,” I answered. “If the sweatshirt doesn’t work, try the male brassiere.”

There’s been a lot of idle speculation about who the next Bond will be, with some suggesting he should be gay or black. The most radical idea of all is to make him a woman. And by “woman”, I mean a human born with two X chromosomes rather than a man who’s had his dangly bits cut off. The idea sounds ludicrous on the face of it, but many great advances in art were ridiculed and belittled when they first appeared. Think of the Spaghetti Western, the garden gnome and the merkin.

My own view is that a female Bond might just work, but she would have to be a lesbian. And not just your typical slick-tongued harridan with hairy armpits, but a dyke so delicious that even heterosexual women would find her irresistible. You can’t have a Bond film without dolly birds being seduced, with or without the assistance of a strap-on.

A shortlist of actresses to play Jessica Bond is available in this website, but none of the candidates looks spunky enough to me. They’re all too girly to pistol-whip the bad guys and remove the panties of the bad girls with their teeth.

I would give the part to Amanda Donohoe, the English actress who performed the first lesbian kiss for a prime-time American audience in L.A. Law. Amanda is not a lesbian in real life, but nor is she the kind of lady who lies on her back and waits for the man to do his thing. If she got the part, we’d quickly forget the days that 007 was packing anything more than a Walther PKK in his trousers. 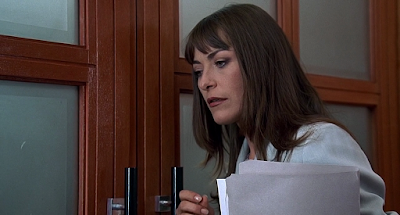 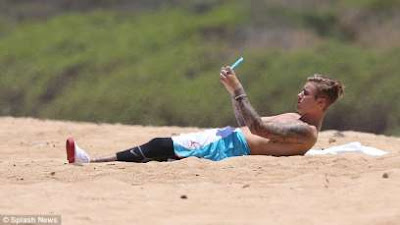 I got an email from a cheeky fool asking me whether I owned shares in the sex-toy company that offered Justin Bieber a million dollars for the right to replicate his penis.

“You cheeky fool!” I wrote in reply. “I have invested a small portion of my capital in a respectable manufacturer of adult leisure products that would never dream of acquiring the copyright to Bieber’s appendage. Mind your own business.”

The silly idea of making an effigy of Bieber’s willy arose after nude photographs of him were taken when he was on vacation. Bieber claims the pictures were taken without his consent, causing him to feel super violated when they surfaced on the internet. This may be so, but wasn’t he aware that the paparazzi would be lurking in the popular holiday resort where he chose to prance around butt naked?

My ape intuition informs me that this narcissistic young man subconsciously wants people to admire his penis. If so, he is likely to be disappointed. Although I have not scrutinised the pictures myself, and would spare myself the indignity of doing so, I found a number of comments about the organ in question on a popular website. Here is a selection of them:

“I thought his penis was actually a bit uglier than usual, with what appeared to be a hack-job of a circumcision.”

“I thought it was one of those pig ear rawhide chews. Ever see what a lab does to that?”

“My vagina just shrivelled up, fell off and blew away like a tumbleweed.”

If you ask me, the million dollar offer is a publicity stunt instigated by a small fry in the sex-toy industry to advertise its brand name. Why else would they have made their offer public instead of discreetly asking Bieber to stick his dick in a carton of resin, something he might have done for free to prove what a badass stud he was? They don’t have the dough and wouldn’t part with it if they did.

My observation of human society leads me to believe that when anyone offers a million dollars for anything it’s probably a hoax. The figure is too round for a real business deal and is obviously chosen to impress the impoverished masses. I personally wouldn’t accept a million dollars to do anything more onerous than peel a bunch of bananas. If anyone wants me to climb the Empire State Building, my price is $3.68 million plus expenses. 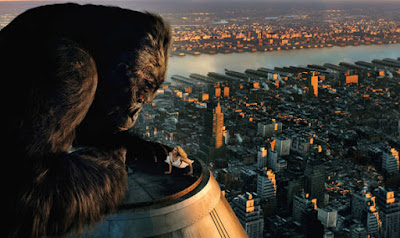