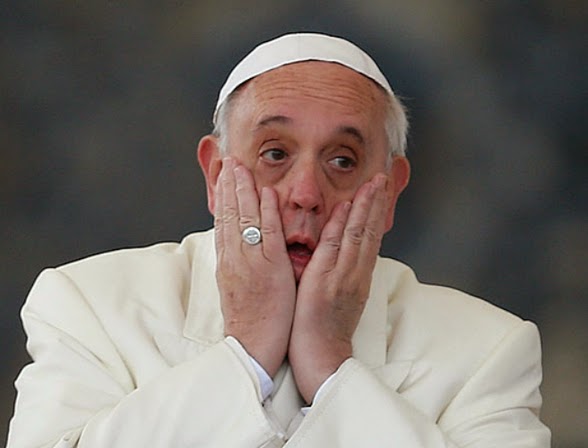 So it seems that two thousand Filipino traffic cops were forced to wear nappies because of the Pope’s visit. I suppose a few of them might have enjoyed the experience, but the vast majority must have felt like utter cretins. One imagines they were too ashamed to look their wives in the face after returning home from work. The Mayor of Manila issued this diaper decree so the road patrollers could attend to their duties without sneaking off to answer a call of Nature. Ensuring the smooth progression of the papal convoy was clearly too important a task to be jeopardised by anyone taking a leak.

It’s not known whether Pope Franny wore a nappy himself – it probably wasn’t necessary because his vestments are wide enough to conceal a bedpan. Realising that the traffic cops might blame him for their predicament, he shrewdly attempted to deflect their resentment by encouraging mothers to suckle their babies in the Sistine Chapel. The subtext intended for the nappy-wearing officers is as clear as the holy water in the papal douche:

“Yes, I made you feel like babies, but being a baby isn’t all bad – you get to suck on a woman’s titties.”

Now some people are saying that the current High Pontiff has relatively liberal views on birth control and recreational sex. While I’m prepared to believe that he’s less of a curmudgeon than ex-Pope Benny, he needs to do more to nail his colours to the mast. A good way of getting the message across would be to grant an audience to Shane Warne, the legendary Australian ball-spinner, who is probably the most famous fornicator of the Catholic faith. Warnie recently lived up to his reputation by seducing an Adelaide mother-of two, who was suitably dazzled by his tricky fingerwork:

“He’s very strong in the bedroom,” said 43-year-old Kim McGrath. “He asked me to keep my high heels on while he spanked me.”

What I admire about Warnie, apart from his masterly spanking technique, is that he arranged his date with Ms McGrath on Tinder. A celebrity who uses the same dating site as the average Bruce and Sheila is better, in my view, than a sleazy big shot who persuades a friendly pimp to get escorts for him. Ms McGrath was certainly thrilled to have attracted Warnie’s attention, although one cannot condone her spilling the beans to the press. It seems she couldn’t contain her excitement.

The relevant point for the Holy See is that both Warnie and Ms McGrath are single, so no adultery was involved. It gives Pope Franny the perfect opportunity to prove his liberal credentials by inviting Warnie to the Vatican for a wine and wafer party. In return for the honour of being blessed by the Holy Father, Warnie could meet him in the confession box and fill him in on all the juicy details. They’ll be playing cricket in Rome and Buenos Aries when Warnie’s deeds are revealed to the faithful! 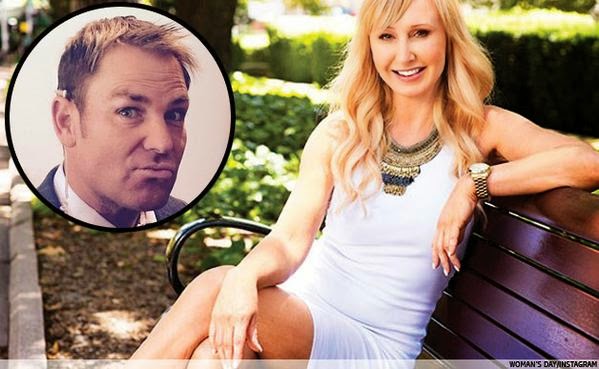 Jack of one trade 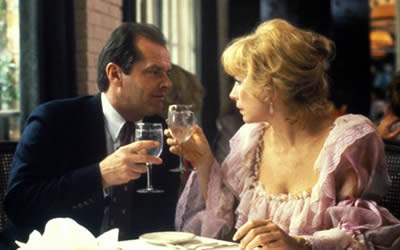 Jack Nicholson is pining for one last fling at the age of 77.

“I would love that one last romance, but I'm not very realistic about it happening,” he said. “What I can't deny is my yearning.”

Maybe he ought to ask Shirley MacLaine out on a date. I thought they made a lovely couple in Terms of Endearment, a film which has a cult following among the apes of the Congo Basin. I don’t know what Shirley is up to these days, but I’m sure she’d be game for anything that didn’t involve the frontbend contortion.

Jack used a memorable line in that movie to persuade Shirley to submit to his wicked desires. She was telling him she had to play hard-to-get to avoid being likened to the star-struck floozies he habitually consorted with.

“Not much danger in that unless you curtsy on my face real soon,” he replied.

Come to think of it, Shirley hated that remark and almost slapped his face, but she still went to bed with him! That’s the kind of power Jack had over women – his roguish charm was irresistible. No wonder he’s feeling down because he’s bereft of female companionship as the ravages of time inflict their retribution.

I actually wonder whether having your face slapped is better than sex for men of Jack’s age. The blood rushes to their craggy cheeks without requiring exertions that might involve excessive huffing and puffing. And if jowl toning is too tame for them, they can always hire the services of someone like Princess Lucina. This formidable Englishwoman, whose real name is Lorraine White, has recently won permission from Stockport Council to keep her “pleasure dungeon” open for business in a respectable part of town. Miss White told the hearing that her clients were generally restrained or gagged, but the punishments she inflicted were not too severe:

“It involves a lot of humiliation, doing domestic work and dressing up in women’s clothes,” she explained.

Her neighbours raised no objection, believing that the customers she attracted were good for the local economy. A man who pays hard cash to be bound and gagged is likely to be a generous tipper in bars and cafés.

Would you believe that the Princess has a blog? It only contains three posts though, the last one being published over a year ago. All of them are very short on words (but not pictures). She seems to be one of those novice bloggers who gives it a try but quickly runs out of inspiration.

Perhaps one of the accomplished lady bloggers who visit here should befriend the Princess, giving her advice on how to compose regular posts, entertain her readers and build up a loyal following. She, in return, could offer tips on the finer points of caning men’s buttocks and stabbing their flesh with stiletto heels as they grovel and whimper on the carpet.

I like to see women sharing ideas in a sisterly way – it’s the hallmark of a progressive society. 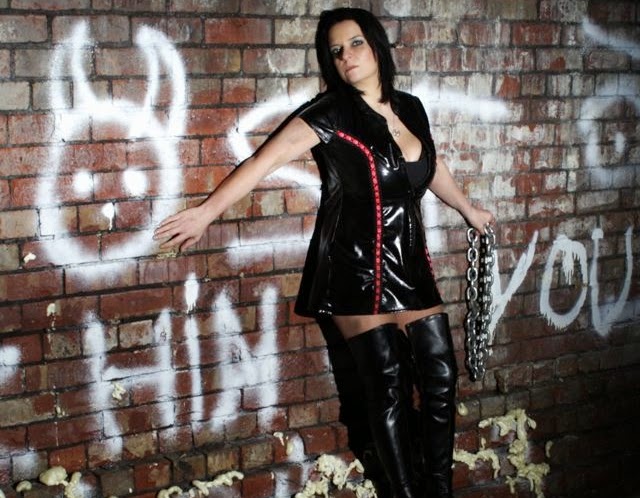 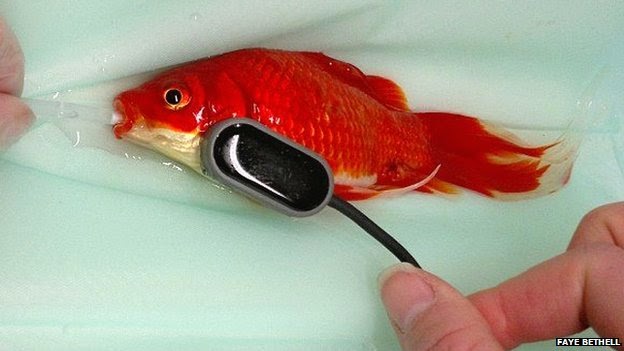 A man in England has paid for his goldfish to have an operation. Not cosmetic surgery, I’m glad to say, but a procedure to relieve it of constipation. The vet managed to unblock the offending poop-duct, and the fish is now convalescing in a beaker of Lucozade. Animal lovers are praising the goldfish owner for spending a considerable sum to save a creature worth loose change, but I suspect that guilt was the motivating factor. Humans are renowned for giving their pets food unsuited to their digestive systems.

Back in my circus days, there was a clown who fed his parrot sausages and baked beans. When I questioned the suitability of this cuisine, he said “How would you like to live on a diet of bird seed and nuts?” There was no point answering such an asinine question. The parrot naturally suffered from wind, but that didn’t bother its owner, who taught it to say “Feeling farty!” before blowing one off. It gave you some warning, I suppose.

If you’ve been reading this post studiously, you will remember that I mentioned cosmetic surgery in the first paragraph. This was no flippant aside, because I have recently been thinking about disturbing news from Brazil. A former beauty queen called Andressa Urach is currently recovering from life-threatening complications arising from buttock enhancement surgery. She underwent the operation prior to participating in the Miss Bumbum pageant of 2012, in which she finished runner-up.

Do the tournament organisers have any responsibility for Miss Urach’s doleful condition? On the one hand, she’s an adult who did what she did of her own free will. But on the other hand, the impresario has a duty of care to his cast. I would be racked with guilt if any of my protégés injured themselves in their eagerness to please me. If these Bumbum events are to continue, they should introduce a rule requiring all the bumbums on display to be 100% natural, with immediate disqualification for any contestant with surgical modifications. It would be no different, in my view, from banning athletes who’ve taken performance-enhancing drugs.

When I mentioned this idea to my friend Smacker Ramrod, he gave it his unqualified blessing. The main attraction of such pageants, he said, was to fantasize about rubbing your face against the contestants’ fleshy parts. A pre-requisite for such pleasurable imaginings, he added, was that the flesh in question was composed of living tissue rather than an inorganic substance. He would rather rub his face on a natural wobbly woman, he said, than a female body made taut with gelatinous implants.

I would like to think that Smacker is speaking for the vast majority of red-blooded men. Whether or not this is so, his endorsement has encouraged me to write to the producers of the Bumbum pageant, advising them to adopt my rule. I will suggest that they call it “the Bananas rule”. I’m not a vain ape, but it would please me to leave a small mark on human history. 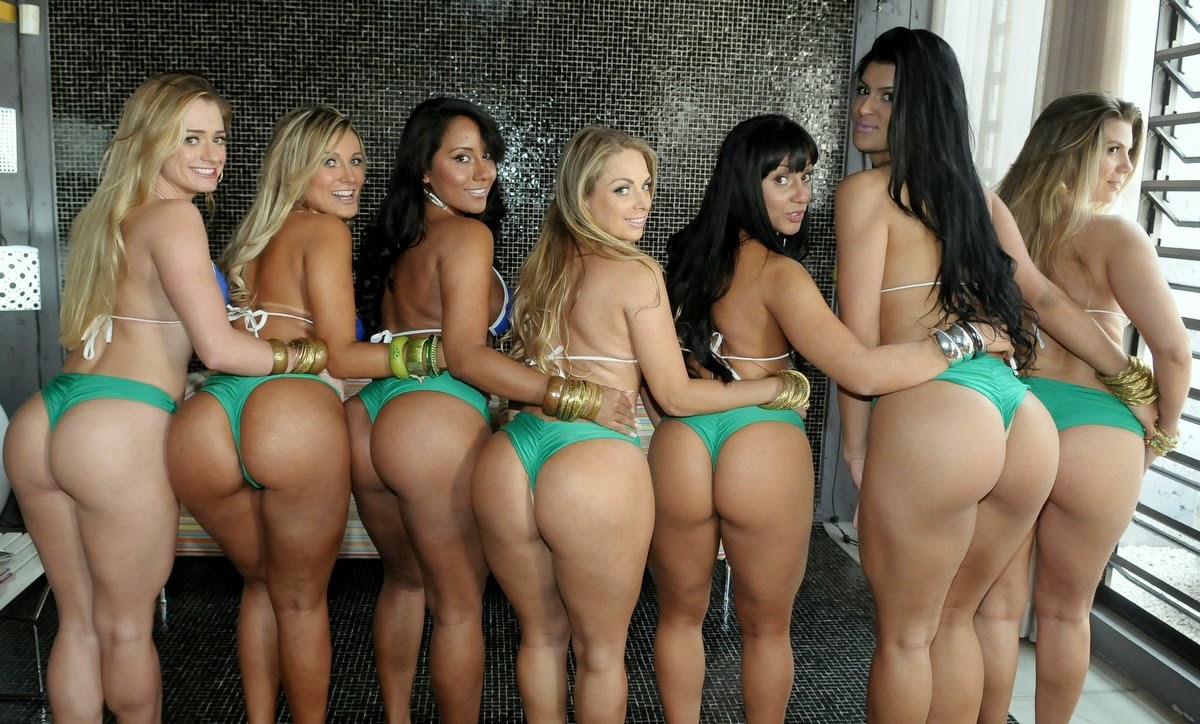 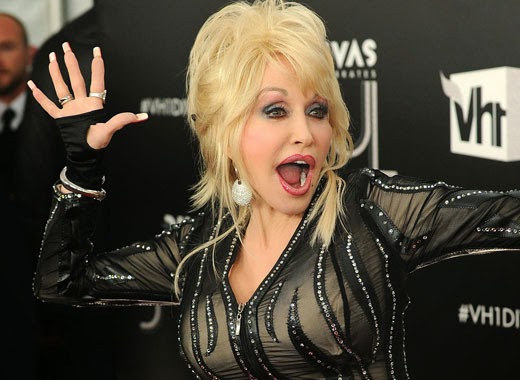 “It's always the same thing, I'm gonna exercise more this year, I'm gonna eat better. And that lasts for a couple of weeks and then I'm right back where I started. So I don't make 'em cos I always break 'em.”

If I meet anyone wiser than Dolly, I will prostrate myself on an African thorn bush. I wish I could buy a book of her sayings, which I would read while relaxing in my hammock and treasure like a holy scripture. Maybe I’d become the first apostle of a new religion called ‘Partonism’, wearing a small effigy of Dolly’s boobs around my neck as a mark of my piety and devotion.

When you think about it, making a promise to yourself is pretty absurd. What are you supposed to do if you break the promise? Sue yourself? The only promises I ever made were public announcements to dissuade people from ill-omened acts. When I was a circus performer, for example, I vowed never to work with humans in animal costumes. If you’re a real jungle ape, you don’t want to scuffle with people in furry suits who are taking the mickey. An impertinent clown once approached me in a lizard costume in the hope of re-enacting the King Kong v Godzilla fight - I pulled off his fake head and gave his real one a good pummelling. Everyone took my vows very seriously after that. Many daft ideas were immediately shot down by the statement “Gorilla Bananas has vowed never to do it.”

Dealing with impersonators in animal costumes can be a challenge for humans as well as gorillas. Christina Aguilera recently got into a dispute with ‘Mickey Mouse’ at a theme park in California. She allegedly abused him when he insisted on taking a tea break before being photographed with her.

“Do you know who I am?” screamed Christina, before stomping off in a huff and referring to Mickey as “an asshole” in a carefully worded statement to the press.

I don’t know what Mickey said in reply, but it seems quite probable that he took the mickey.

If you ask me, Christina lacks a little something that Julius Caesar called dignitas. There is no surer way of looking absurd than getting into a heated debate with someone in an animal costume. I’m not saying she should have pulled off Mickey’s head, which would have been physically challenging, but it should have been possible to indicate displeasure without parleying with the imposter. If Mickey had been insufferably cheeky, she could have paid some hoodlum a hundred bucks to plant a flying kick on his backside.

I hope Christina won’t get into a huff with me for offering her this constructive criticism. She’s a fine-looking woman whom I’ve written many positive things about in previous posts. But all the good looks in the world won’t save her if she doesn’t know how to deal with humans in animal costumes.