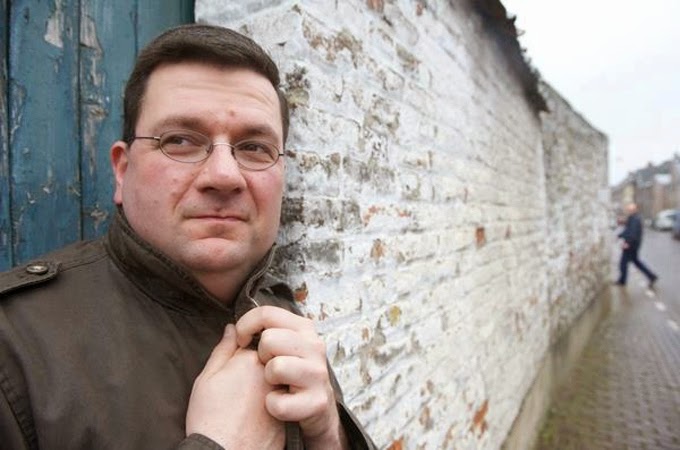 Behold Ed Houben, the Dutchman who has fathered 99 children by offering women his “exceptionally potent sperm”. The good news for women desperate to conceive is that the sperm is provided free of charge. The bad news is that he advises his clients to let him inseminate them naturally – the syringe option is less effective, he says.

He claims there is no shortage of woman willing to travel to his apartment in Maastricht to be impregnated in the time-honoured way. This allows him to be choosy, rejecting customers who can’t spell, weigh 300 pounds or have genital cooties. What is his secret? This is what he says:

“I try to be the perfect gentleman in every way and not look like the ex-murderer who just got sprung. In a short time, I have to make the assessment: What does this woman prefer? I always invite them to tell me what they want.”

This is all very charming, but I don’t believe it explains his popularity. I put it down to the most skilful piece of marketing since the invention of Brylcreem. By telling women he has already fathered scores of children, he makes them think he’s a super-stud who produces premium jism. It’s an old gorilla trick. The female feels like a Ferrari having high-octane fuel injected into her tank. Little does she realise that any cross-eyed goof is capable of impregnating a large number of females. If you turn a fire hose on a crowd, lots of people will get wet.

Houben is unquestionably a wily fox, but the service he provides is no great boon to humanity. A far more impressive feat was accomplished by doctors who have grown artificial vaginas in the laboratory. This is no mere party trick. Sadly, a small percentage of women are born with defective coochies that need to be replaced. Praise be to the goddess Chacharita that those who have received transplants are very happy with their new organs. All have reported “normal levels of desire, arousal, lubrication, orgasm, satisfaction and painless intercourse.”

No doubt, there are many curious men who would jump at the chance of testing out these miracle vaginas. I can’t imagine Houben turning down a transplantee who asked him to plough her furrow. When I told the manager of the safari camp about this breakthrough in regenerative medicine, he grinned like an alligator:

“Of course it makes them more desirable,” he affirmed. “What man wouldn’t want to say that he’s fucked a bionic pussy?”

“A man who’s never made fart noises with his armpits?” I suggested.

“Do such men exist?” asked the manager, walking off with a pensive look on his face.

What I’d like to know is whether these sterling snatches can survive outside of a woman. It would surely be fascinating to keep one as a pet and watch it respond to stimuli. The biggest problem would be knowing what to feed it. I’d be tempted to put a gobstopper inside it, which it could suck on whenever it got hungry. 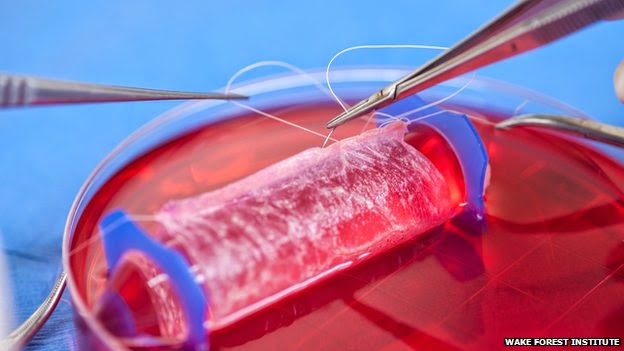 I think it's the dude's hair. Or his glasses. Or jacket. Or all three.
Smooth talkin' bastard.

This is the kind of thing that can only happen in Europe.

Also, I've never been able to make armpit farts or burp on command :(

Well, darn it, I just went and Googled lab-grown vagina, because I just HAD to see a picture. I blame you for my actions, because now I can't unsee it.

And this makes me feel like a jerk to say, but I don't think I would want a baby that looks like that guy. But I do think he must be an evil genius to be able to convince all these random women to have unprotected sex with him!

I think his sperm would not be something I would have ever wanted, even for free. I am sure there are many men out there, better looking and smarter, who would gladly donate their sperm if an agreement is signed as to not chasing them down for child support!

The vaginal upgrade industry could be the next big thing. I'd like to see Alan Sugar buy into that; it would make the next series of The Apprentice far more entertaining... first prize: a good position within Sugar's Fannys.

Robyn: Sargent Bilko once got a beautiful woman to chase after Doberman, Robyn. Hype is a powerful tool in the hands of a con-man.

Al: His hair looks too good to be true. If he'd joined the US Navy, what rank do you think he would have risen to?

Michael: I'll inform the manager of the safari camp of your inability to make armpit farts, Michael. I'm hoping it will change his entire world view and turn him in the direction of Buddhism.

Kinley: You are certainly not a jerk for saying that, Kinley. I hope your baby looks like George Clooney. Don't you like the lab-grown vagina? I'd rather look at it than the evil genius.

Rose: I'm sure there are, Rose, but they wouldn't have this guy's track record.

Steve: Yes, Sugar is definitely a man who ought to have a fanny. A very big fanny.

I'm not sure that he hasn't got the look of a murderer about him. Surely he's not the one to judge!

He couldn't make it an even 100 children? Slacker. Future family reunion fail.

I would think that with the advances in laser printing, we will all own at least one bionic coochie by the year 2020. In a rather expected turn though, nobody will ever again work or leave the house for any reason whatsoever and every company that's not social media or bionic coochie or cock (there will be those as well) will dry up. Sorry for the terrible pun.

I'm not sure why, but this post kind of gave me the willies, Gorilla. Leading with the pic of Ed Hobo did not help matters. By all means, ladies, take him up on his offer if you want your son to be a fat, pimple-faced pervert! And creepy scientists growing women's private parts in a lab sounds like something a guest on the Howard Stern Show would come up with.

fathering 99 kids with presumably 99 different women, does he play in the NBA?

Artificial vagina's..well now I've heard of everything. He must make some sort of deal with these women that they won't come after him for child support and he won't interfere with the raising of the kiddos. Sounds like a win win for both parties.

Lovelygrey: You're right, Ma'am! He should wait for a jury to acquit him before asserting his innocence as fact.

Exile: I'm not convinced an artificial vagina would be a cure for loneliness. A talking vagina might possibly be.

Scott: What a hellish vision of the future you have! It could be a plot of a dystopian novel.

Jimmy: You've got to man up and face these harsh truths, Jimmy. Not all women are like Doris Day or Betty Boop. Maybe they'd change their minds if you challenged Houben or Howard Stern to a duel. Do you think you'd win if you could choose the weapon?

Billy: He's too fat to play for a team, but he might be a referee.

Mary: Yes, I'm sure that's the deal, although he does like to know if he's fathered a child. Maybe it's like planting acorns or something.

Gorilla, you greatly underestimate my abilities if you do not think I could defeat either of those 2 dorky white men in a duel (regardless of what weapons were used).

This guy is like, "I got 99 problems but an inability to get laid ain't one."

I'm just wondering if he's wearing anything underneath his coat? It would certainly save him lots of time to get down to work, though he does look like he's catching a bit of a draft. I like the idea of a bionic vagina. It would be nice if it came equipped with a taser attachment in case it encountered The Sperminator.

That's actually one of the less creepy pictures, it gets worse when he smiles.

So basically, Ed's on a shagfest. Fair play to the bloke, to be honest. More fool the woman.

Bionic pussies...They should have teeth :)

Sorry I'm late...been away. (with the fairies)

Jimmy: Your confidence is inspiring, Jimmy. I suspect a lightsaber would suit you best. What costume would you like to wear?

Ninja: True, Ms Ninja, but I don't think his 99 children are much of a burden to him.

Julie: I'm sure he must be wearing long johns beneath the coat, Julie. He thinks of himself as quite respectable.

Drake: You've obviously been keeping him under surveillance. Very public-spirited of you.

Mark: A child whose father is either dead or has undergone a sex change operation.

Jules: Yes, he must have something that attracts them. Maybe it's his sheepish grin. I wish I'd seen you with the fairies, Jules!