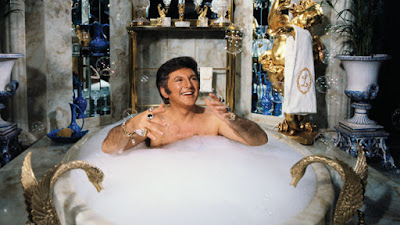 Comments:
I wouldn't buy one; I don't think mr. becks is sexy and his wife is a bitch!

I'' pass on the Beck thingy. It looks gross,like it came from a state line sex shop up at Atmore TN.

I've been made a dick of many times. But this feels different. I think this is meant as a compliment. When I was made a dick of, it felt like a failing.

Boy, I wish I had that guy's face. And abilities. And wealth. But not his wife.

Well. You may well guess I find Beckham extremely sexy and a very snappy dresser with good taste. While I may like Victoria, I am not above taking her out with a brick to the head and taking very good care of David. And his Beckham. Getting out of bed may pose a problem though..........

Nope. I don't get it whatsoever. My only hope is that it can score a hat trick.

My other hope is that it doesn't talk. As fit as he is, when he opens his mouth it's enough to turn you off your cornflakes.

Anne Marie: Would you fancy him if he had Colin Firth's voice? It might be possible with elocution lessons.

Pop Tart: I haven't visited one of those sex shops, Ms Pop Tart. Maybe you should write a post about them. :)

Robyn: I'm sure you wouldn't want any man's head inside your coochie, Robyn! That's not what it's designed for!

Exile: You envy his abilities? I assume you're talking about sport, because you've already got him beat as a writer and art critic. And you could teach his wife who's boss - I have unlimited confidence in you. :)

Mistress Maddie: I'm so glad you like Victoria, even though you covet her husband.:) I think Mr Becks said was was proud to be a gay pin-up, so maybe he's already bi-curious. Who knows what would happen if he saw you in drag? ;)

Jules: It could score any number of times, but how often would it get on the pitch? You're sadly right about his voice, Jules - would you give him elocution lessons if he asked nicely?

No thanks. I don't find him attractive at all.

I don't find him attractive, either. I'll take his money, though.

No I wouldn't. I don't think I could feign the patience. Its too late for him now and will live forever as a rubber dick.

Of corse it doesn't vibrate, I find the more they primp, preen and post pictures of themselves the more they expect me to do for them.

Mary: Not even a little bit? Poor Mr Becks!

Jono: I suppose you could be his valet. Would you mind running his baths?

Anne Marie: C'mon, Anne Marie, they're probably not that different with the lights out! ;)

Jules: I don't think he'd mind too much if you got cross with him, Jules. ;)

Jimmy: You don't have to be an expert to sound like one, Jimmy. It's the great achievement of the internet age.

Billy: There's gotta be grumpier women than Victoria! Give me time and I'll produce a list.

Mr Beard: Do they indeed? Now you've got me wondering what your line of work is, Mr Beard.

Cocaine Princess: I'm so glad you had a look, Miss Princess!

I am a big admirer of Mr D. Beckham in his scanties and my admiration does not hinge upon his ability to provide an inch perfect pass...

I would much rather buy a loofa with his face on it. It's more versatile, which I believe represents the man from his prime.

Chris: I've never seen a loofa. Would a man's face look good on it?

Al: Yes, that's right, he used it to scratch his throat. The inside of his throat. I'm glad the penny dropped.