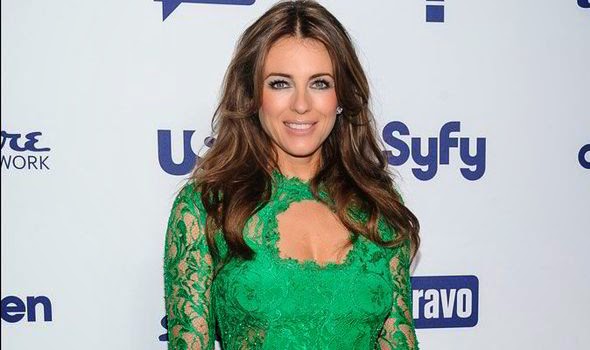 Elizabeth Hurley will be 50 this summer. If you ask me, she doesn’t look a day over 46. Those expecting a glorious jamboree to celebrate this historic event will be disappointed. Miss Hurley has revealed her plans for the occasion to a gossip magazine:

“I go to bed at 8.30 each night so it'll probably be something small and private with my family and maybe I'll do something wild and wonderful later.”

Could all those early nights be the secret of her regal beauty? I doubt it. The history books tell us that the Queen Nefertiti retired at sunset and aged like the Wicked Witch of the West. We jungle apes believe it’s the position you sleep in that affects your appearance. The healthiest posture for a gorilla is swinging in a hammock with the toes tucked below the chin. Upright humans, by contrast, should lie flat on their backs on an extra-hard mattress. The worst position for both humans and apes is reclining face down with one’s bum sticking in the air. That’s just asking for trouble.

I don’t know what position Elizabeth sleeps in, but I’d venture a guess that her pores get plenty of breathing space. Her skin is truly a marvel, but we shouldn’t let it distract us from her other qualities. I’m thinking particularly of her butt cheeks, which are due to appear on British TV. A preview of this pert rump can be found in an on-line newspaper, which also showcases her acting skills. Comment would be superfluous.

It probably hasn’t escaped your notice that Miss Hurley said she might do something “wild and wonderful” after her birthday. And if it has escaped your notice, I am now reminding you of the fact. I’m not going to waste your time and mine by trying to guess what she has in mind. There are too many wild and wonderful recreations in the solar system to guess what tickles Elizabeth’s fancy. I could probably whittle it down to 17 or 19 plausible alternatives, but what would be the point? We would still be groping in the dark.

Instead of indulging in such idle speculation, let me suggest an activity she could add to her shortlist. What I have in mind is a soirée with Tove Lo, the Swedish singer who recently described herself as a hobby lesbian. Miss Lo apparently has a boyfriend who does not object to her character-building pastime:

“We’re so good together and he’s very understanding,” she explained. “He gets it, so that makes it a lot easier.”

One wonders how he can live with the anguish. Be that as it may, a woman who likes to dabble in Sapphic diversions is most unlikely to refuse a date with Elizabeth Hurley. And if she’s not all talk, she should come up with something wild and wonderful to cap off the evening. There’s nothing wrong with playing at being a lesbian if you don’t have the gumption to take it up professionally. 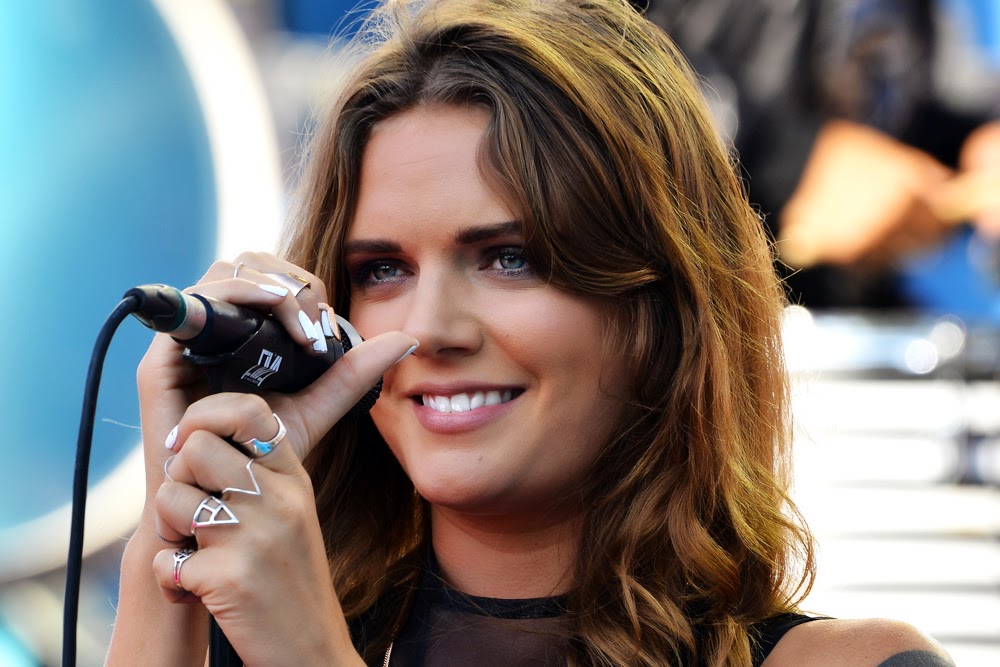 Comments:
Elizabeth Hurley is still fine if you ask me. The Doctor could have a fun night with her and have her home by 8PM.

I would be embarrassed to admit going to sleep at 8:30pm, if I went to sleep at 8:30pm. Maybe it's because I now know this about her, but she looks matronly (and gorgeous) and 50 to me. But I'm the jealous type, so there's that.

I often recall how Liz Hurley's boyfriend at the time, Hugh Grant, described her as having the best tits in London... that is, of course, before he betrayed them for the best lips in LA. I guess what you value most from a relationship determines its success or failure.

Perhaps the secret to Liz Hurley's success was dumping Hugh Grant. He would have aged her at least another 25 years if they had stayed together. Has Tove Lo ever considered changing her name to Love To?.... or better yet "Love Too" or "Love 2"??

I'll be 50 in 4 years and I don't look as good as her. But I think how you age depend on your genetics not how and when you go to bed.

she's way too old for prince andrew so we can eliminate that as one of wild and wonderful options.

Dr Ken: Would she be able to sleep after all that excitement, Dr Ken? You may need to give her a glass of warm milk.

Robyn: Redheads should never be jealous, Robyn. I think Elizabeth would find your comments about her very seductive!

Steve: I doubt Hugh gave her tits the attention they deserved. He was far too vain. The LA incident showed which organ was his top priority.

Jimmy: She very soon got pregnant after breaking up with Hugh, which suggests he wasn't satisfying her needs. But keeping his spooge at arms length might have been good for her health. I've got a feeling Tove Lo isn't even aware that "Love To" is a simple anagram of her name. If you told her, she might offer you a job.

Al: You should have used her face cream. It's never to late to start, unless you're already a wrinkled old prune.

Mary: She claims to have used special beauty products, Mary. Maybe you'd look better than her if you'd used them.

Billy: I doubt Prince Andrew is capable of wild and wonderful, these days. He's like a tree without sap.

Wow! 50 eh? She looks great. I would 'tove lo" mind you, I would "tove lo" with Tove Lo too! She's stunning. GB, thank you for sharing the Belles with us humble readers :)

I clicked on the hobby lesbian link and it took me to a protected Google Drive account. What's in the treasure chest?

Now her young fans will want to be "hobby lesbians" too. I think Oprah goes to bed shortly after Elizabeth Hurley, so it doesn't work for everyone.

They say that 50s are the new 30s. She looks much better than some 30somethings I know. :)

I think you hit the wild nail on the head with groping in the dark, Mr. Gorilla Bananas. Maybe she will stay up until after nine and read about becoming a hobby lesbian. It's supposed to be as refreshing as a vaginal steam.

I was going to follow your comment up with a milk comment of my own, but that is just crass. She is too classy of a lady for that type of remark. I would be on my best behavior around her. Perfect table manners, no elbows on the table.

Joe: You've certainly got an eye for the ladies, Joe! I think Tove would enjoy your flattery. It's something of a lost art in Sweden!

Michael: You should have found an article about Tove Lo telling the world she's a hobby lesbian.

Julie: It would work better for Oprah if she'd stayed up all night jogging on a treadmill.

Leni: Hello, Leni! It used to be that 40 was the new 30. I think a certain demographic cohort want to stay 30 forever!

Jules: Vaginal steam?? I just have to attend your gynaecology class, Jules. You have so much to teach me!

Dr Ken: Haha, Dr Ken, you're a real sucker for a posh English accent! I assure you she's not as classy as she sounds!

Yep, it came up the second time :)

i think it's in the eyes, GB. if the eye area is kept without wrinkles and 'tight', it gives that young look. creams, injections or knives may do the job!

Michael: Another success for polite persistent!

Jaya: That's part of it, Jaya, but did you also see her butt cheeks?

I love Liz Hurely! She's so beautiful. I've been a fan of hers since her Estee Lauder modelling days and I love her on The Royals.