Persecution of an artist 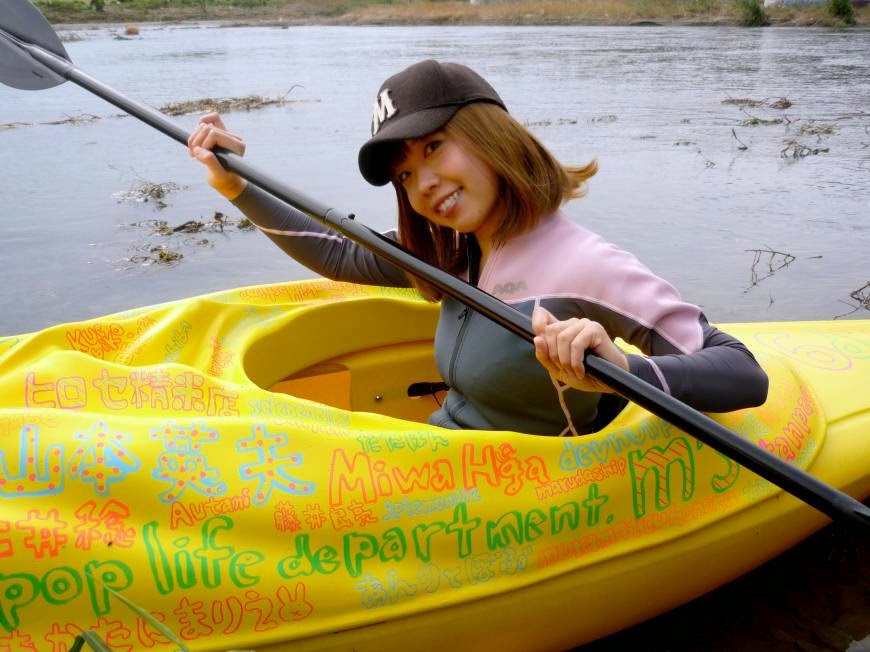 I’m planning a raid on the Japanese embassy in Kinshasa to protest against the arrest of Megumi Igarashi, the artist who makes objects resembling her lady parts. We’re going to unfurl a banner on the roof of the embassy showing a photo-shopped image of the Emperor Hirohito giving birth to a sumo dwarf. The international media will be alerted before the embassy staff can take it down, resulting in profuse humiliation and disgrace. A journalist sympathetic to our cause will then ask the Japanese ambassador pointed questions about Miss Igarashi, adding to their ignominy. There is no better time to kick a man’s arse than when his pants are down.

Miss Igarashi’s most famous work is a kayak said to resemble her vagina. I cannot say whether it is a good likeness, because I don’t know what her vagina looks like and have no particular wish to find out. I am nevertheless certain that the kayak’s aesthetic qualities are immeasurably finer than much of the utter balderdash that passes for art these days. Censorship of this or any other effigy of the Igarashi coochie is an outrage that must be resisted.

Miss Igarashi has made a powerful statement defending her art and exposing the rampant pussyphobia of patriarchal Japanese society:

“Why did I start making these kind of art pieces? It’s because I had never seen the vagina of others and was too self-conscious of mine. I did not know what a vagina should look like, so I thought mine was abnormal. Manko and vagina have been such a taboo in Japanese society. Penis, on the other hand, has been used in illustrations and has become a part of pop culture.”

She makes an excellent point. The Maypole is well-known to be phallic symbol, yet no one is arrested for attaching ribbons to it or dancing around it like a ninny. And what about skyscrapers? Dr Whipsnade’s chauffeur once tried to rile me by saying that King Kong was suffering from penis envy when he climbed the Empire State Building. I quickly put the upstart in his place, but it irked me to have to defend an entirely fictitious ape who acted in ways that would have caused a real gorilla to die of shame. Miss Igarashi deserves the blessings of the celestial beaver for increasing the profile of the female genitalia, thereby helping to counteract all the cock and bull that’s trampling over the landscape.

My one criticism of Miss Iagarashi is her choice of the kayak as a motif for her lady-part art. I don’t think it’s a good way of making the vagina familiar, because paddling down a river is not an everyday event unless you happen to be a platypus. My preferred utensil for vaginal objets d’arts would be the condiment dish. Nothing would be more felicitous, in the opinion of this humble ape, than associating the female organ with food and the delicious sauces used to flavour it. You could learn a lot about a woman from the taste of her condiment dish. 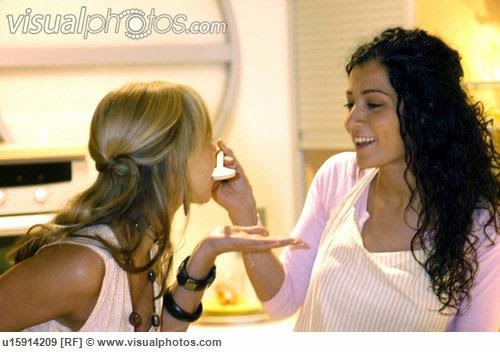 Comments:
the fbi continually threatens me with a penalty of up to 5 years in jail and a $250k fine so i don't think the fair miss igarashi should be too worried over the measly $25k threat.

So am I to assume that her vagina can deftly handle foaming white rapids?

A lingam is supposed to be a symbol of the energy and potential of God, Shiva himself. Give me a break. We all know what that's supposed to be. And then they pour milk over it?! Metaphor City.

I had no ideas that gorillas were embarrassed by King Kong... but as Lord Throckmorton Fungusleaves would say, "That is neither here nor there." Anyway, the notion that eastern cultures are much more laid back and open minded than western ones seems to be a myth. Who would have thought the Japanese were so uptight? If this Japanese fear of the V was known during World War II, it could have been used as a powerful weapon and perhaps would have avoided much unnecessary carnage.

I think it makes perfect sense to construct a watercraft which resembles a vagina. After all, it's so close to fish.
Oh...dear...I went there.

I, for one, think it's a great idea. Moshi moshi, Miss Igarashi. Can I buy one on Etsy?

Billy: Well, maybe the yen isn't doing so good, but I didn't know the FBI were after you. Aren't you outside their jurisdiction?

Steve: The foamy white stuff is no threat to her vagina. It's the hard rocks beneath the rapids she has to worry about.

Exile: I hope they pour evaporated milk over it. It's the only type of milk I'd have on my bananas.

Jimmy: Maybe VJ Day should have been called "Vajayjay Day", Jimmy. Wouldn't you rather surrender to a vagina than an atomic bomb?

Al: There's nothing wrong with going there, but the fishy flavour is a misogynist myth. So I've been told.

Julie: I am sorry, Julie! I hope you'll still be able to enjoy the taste of your favourite condiments!

Static: Are you trying to impress her by using Japanese words? She won't give you a discount for speaking pidgin Japanese.

If she wants to ride around in a kayak that she thinks resembles her vagina...more power to her.

Not at all, Bananas. I just want to buy a canoe-sized vagina.

I was going to say, 'I've now seen everything,' but I suspect your next post will be equally as risque.

And I shall never look at a kayak the same way again. Whatever rocks her boat I guess ...

Practically EVERYTHING can be interpreted as phallic. I'm eating a meal with a sauce bottle in front of me now. The remote control nearby is now making me feel uncomfortable and there's a small statuette of the Leaning Tower of Pisa by the wall.

Someone get that lady a Georgia O'Keeffe painting. Or maybe a nice gravy boat.

I think she should take things a step further. Once a month, dye the water surrounding her kayak red and hit the falls.

Mary: I'm trying to remember who coined the phrase "pussy power". Her name eludes me.

Static: It would be better to hire a craftsman than buy one from her. Vaginas are far more expensive when they're works of art.

Wendy: If it's a kayak, we should pray that the boat doesn't rock too violently.

Michael: The Leaning Tower of Pisa isn't a great phallic symbol, Michael. It looks as if it's about to fall down.

Ninja: I've had a look at some pictures of gravy boats and they look rather cavernous. Her sex life might suffer if she based her artefacts on those things.

Robyn: Haha, Robyn, that would really be art imitating life! Maybe a floating log could made to look like a tampon that didn't do its job!

Or you could turn it on its side and it's ready for action ;)

Well that's a bloody big vagina, is all I can say! And...incredibly yellow. Is it tattooed also?

Yes, a nice vaginal dish with some spicy nuts and a cooling cucumber relish. How inventive, Mr G. Bananas!

Well that's a bloody big vagina, is all I can say! And...incredibly yellow. Is it tattooed also?

Yes, a nice vaginal dish with some spicy nuts and a cooling cucumber relish. How inventive, Mr G. Bananas!