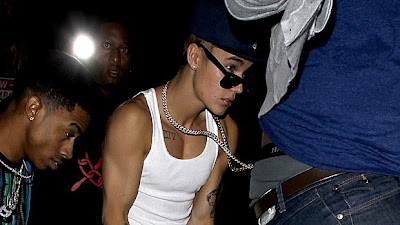 I’ve noticed a couple of people saying they’d like to spank Master Bieber, presumably on his bottom. The first one is Mary Schlegel, a mother from Iowa, infuriated at Bieber’s late arrival for a concert.

“It's ridiculous,” she huffed. “I have a four hour drive to get home and if I could I'd take him over my knee and give him a good one!”

I wish it were in my power to grant her request. It would do Bieber the world of good to have his boyish butt-cheeks crisply smacked by a maternal hand. What’s more, it’s the sort of event that might attract a healthy audience. I, for one, would be eager to witness a righteous matron deliver a painful chastisement on Bieber’s young buttocks. To maximise the theatrical impact, I would provide Mrs Schlegel with the following props:
• red nail varnish
• a solid oak bench to sit on while holding Bieber facedown
• a ball gag to insert in Bieber’s mouth
• a nappy and some talcum power to finish up afterwards.

The other person who wants to slap Bieber’s behind is Peter Mench, a bald-headed music producer with bushy eyebrows and a double-chin:

“I’d take Bieber to the woodshed and spank him,” he declared.

Frankly, the suggestion is obscene. No one wants to see a man who looks like an ogre drag a whimpering adolescent off to his cabin. I shudder at the thought of his rough callusy hands pummelling Bieber’s tender tush. Who does Mench think he is? A Turkish sultan? If he ever shows his face around my neighbourhood, I’ll tell my females to massage coconut oil into his bare scalp and coat it with hairy insects. It’s the jungle equivalent of tarring-and-feathering.

In truth, I’ve always been suspicious of music producers. They make a lot of money by playing with knobs in a recording studio and then act like big shots. Look at Phil Spectre – he was a big shot who actually shot someone and expected to get away with it. Note also the bald head beneath those ridiculous wigs he wears. These things are never a coincidence.

Bieber, meanwhile, has been doing his best to avoid getting a smacked botty by pretending to be some sort of hoodlum. After a night out with his buddies, he was filmed pissing in a bucket and saying rude things about President Clinton. Silly boy! Real thugs don’t piss in buckets – they piss on their enemies after setting fire to them (as an act of mercy). And you don’t prove anything by insulting Bill Clinton these days. The man is a shadow of his former self and completely overshadowed by his wife.

If Bieber really wants to prove what a tough guy he is, he should walk up to some badass rappers, like Ice Cube and 50 Cent, and tell them their mother is a hoochie who let him suck her nipples. If he did that, I would buy his latest CD and listen to all the songs in front of the chimpanzees. 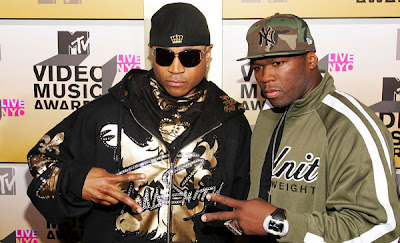 Comments:
Not surprising, hes like 18, thats what kids do. Anyways, i dont understand the hate, yes, his songs are shit, but dudes already a millionaire and is banging 10/10s daily. One could only envy his lifestyle.

Or if he pissed on them.
I'd buy his album then.

I think we should start a rumor that he actually DID say that - just so we can see those guys whoop his ass.

I find it extremely comical when he walks into glass doors and windows.

Bieber represents the lowest common denominator. Sadly, that bar seems to lower itself with each passing generation. I fear what self-important pop idols will rear their ugly heads in the upcoming years...

I, for one, do not even know why anyone would want to see him in concert. Not my style. Give me Crosby, Stills Nash & Young or the Doobie Brothers, or Seals & Croft or James Taylor, or Carol King over him any day!!!!

Poster: He's banging 10/10s daily? Where are the pictures?

Steve: With a drumbeat like that, who needs a melody?

John Gray: In some ways you are fortunate, but in others you are missing out.

Al: After setting fire to them? I don't think that's feasible unless he hired someone to tie them up first.

Billy: Would you piss in a bucket? I don't see why having a fortune makes that an attractive pastime.

SF Monkey: They'd probably be dumb enough to believe the rumour, but would they get past the bodyguards?

Ruth: I had to look that up on You Tube. I get the impression he did it on purpose out of curiosity.

HermanTurnip: I'm wondering whether someone with a rabbit head will be the next big thing.

Rose: Teenage girls love him, Rose. They dream of a boyfriend like Bieber.

The Owl Wood: Two scissors means a draw, so a re-match is required. If they keep on doing it, the game will never end.

Well, that looks like LL Cool J in that pic with 50 Cent, not Ice Cube. I have at least some respect for LL, as he starred in some wacky sitcom with the guy who played Carlton on "The Fresh Prince of Bel Aire"...a show which was fine family entertainment even Tony Danza would have been proud to air. As for Bieber, I suppose we can overlook his little anti-Bill Clinton tantrum. I remember when I was his age, I hurled a loaf of Wonder Bread at a life-siz cardboard cutout of Jimmy Carter (though this act did not attract any media attention).

I had never heard of this guy until recently on...maybe it was this blog. However, I'm often reminded that I'm out of touch. I think I'll stay this way.

In that top picture, has he got his chain caught in that man's pants? Is he his bitch? Have I missed something?

Please don't say young buttocks again. I get distracted from the matters at hand.

As far as what "No one wants to see..." speak for yourself.

Those were wigs on Spectre?!

I think that's LL Cool J in the photos. Did you know a burglar broke into his LA mansion while he was home and LL kicked his ass? It's true! Justin couldn't do that.

I wonder if Bieber is trying to change his image? Perhaps he wants to be known as a 'bad boy' now rather than a teen idol.

Mr Bananas, sir, thanking you once again for the kind comment you placed on my bog. Well, sir, perhaps the music of SRV and Jeff Beck would be far more soothing than The Beatles', Piggies, especially if the poor souls were on their way to the market.

Meet Is Murder [The Smiths], I know, but please remember that I was born into this type of farming, and have had to earn a living. With the benefit of hindsight, I would have walked away from this business and campaigned for the rights of animals. As a side, I treat my Tamworths like children, and give them the best possible life I can, that is, of course, until the day which never ceases to pain me arrives, their departure. Might sound strange and contradictory, sir, but is life not the same?

Enjoyed reading your bog, but will steer clear of the spanking stuff, sir. It was a bit of a sore point with the late Mrs Giles, if you know what I mean.

Wishing you well on this gloriously hot Friday, sir.

Jimmy Fungus: Throwing bread at Jimmy Carter isn't necessarily an insult, given that he's a Christian and you were arguably re-enacting the story where Jesus feeds a crowd with 5 loaves. I think he also gave them some fish. Have you ever thrown fish at someone?

Nota Bene: Yes, you've missed something: he's taking a leak. He may also be someone's bitch, but he hasn't confessed to it.

Exile: The way to avoid getting distracted by the word "buttocks" is to pronounce it "Bu-Tox". I learned that from the movie Ensign Pulver. LL Cool J sounds more intelligent that most rappers. Why is he wasting brain cells hanging out with 50 Cent?

Farmer Giles: You are agreeably soft-hearted for a meat producer, Farmer Giles. I'm sure you do everything you can for your animals before their fateful departure.

Crisply smacked... I like the sound of that, though I'd rather not witness Bieber's butt cheeks trembling with pain. I don't want to see his tender tush. Thanks for the disturbing image. Anyone who is called 'Bieber' can't be a tough guy. It sounds like a cheap sausage. Care for a Bieber?

Of course not, Gorilla. Bread is soft and squishy. Throwing fish could seriously injure someone.

It seems he no longer wants to be a pretty little girlie.

I actually feel sorry for Bieber. He's a complete prat, but he doesn't realise it.
Perhaps you should offer to educate him. After you've stuffed a couple of mountain celery stalks down his throat (or elsewhere) he may get the message.

David Oliver: Bieber will have surely lost his appeal when that happy day arrives. You may have to learn the name of some other young pup!

Blue Grumpster: I doubt the mother would have done any serious harm to his butt cheeks. Just a little spanking to teach him some manners.

Jimmy: I don't think you'd injure anyone by slapping their face with a trout. You could experiment on yourself to make sure.

Flippy: Indeed not. He wants to be a pretty bad boy like James Dean.

TS Bastard: I haven't used those traditional education methods since the great baboon riot of '98.

I imagine the woman from Iowa was wearing a leopard print boob tube dress and thigh high boots... a cigerette in one hand and a paddle int he other? xx

I'd pay to see that too. He's quickly becoming a bigger ass than Kim Kardashian.