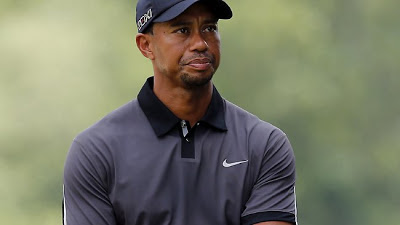 Sergio Garcia has apologized to Tiger Woods for offering to serve him fried chicken for dinner. When Tiger said he found this “hurtful” I thought he must belong to the Chicken Liberation Front, but apparently Garcia’s remark was a racial slur. Was Tiger offended by the idea that all black men like fried chicken? Or did he resent the implication that he himself was a black man? You never quite know what Tiger is thinking behind that sulky cogitating face of his.

I don’t believe that black men in America are fonder of fried chicken than anyone else. Let’s not forget that Colonel Sanders was white, and a southern white too, whose grandpappy fought in the Confederate army. Why would such a man have invented a new recipe for the black man’s favourite dish? One might speculate he was guilty about slavery and hoped to make amends by selling fried chicken to the coloured folk. But if so, why wasn’t he at civil rights events, singing Negro spirituals and handing out KFC buckets?

I suspect that all humans who aren’t vegetarian are partial to fried chicken. If American blacks want to claim a special affinity for it, they ought to make their own brand of bird meat. I reckon Uncle Remus would have been a fine chicken icon. He had a better singing voice than Colonel Sanders and could have taught him a thing or two about old-fashioned southern hospitality. Does anyone doubt that the Uncle knew how to rustle up a mean pan of southern-fried poultry? I think we can take that as read.

Another recent victim of a food-related lampoon is Julia Gillard, the redhead prime minister of Australia. At a fundraising dinner for the opposition party, the following spoof item appeared on the menu:

I wouldn’t say it’s demeaning to link her name to quail, which many chefs consider to be a tastier bird than chicken. A little harder to pluck, maybe, but the effort is worthwhile when you get to the gamey flesh.

As for small breasts and huge thighs, they’re not necessarily unattractive in a woman who’s risen to high office. Most female athletes have similar attributes, and it furthers their capacity for high-level performance.

However the “Big Red Box” remark is a scurrilous allegation. The dimensions and colour of Ms Gillard’s box are a closely guarded secret which her political opponents are not privy to. Spreading spurious information about such a sensitive topic might make people think she was playing fast and loose with the nation’s defences. If I were an Australian, my patriotic bosom would seethe with indignation.

Most food insults are quite harmless, though. A few years ago, a gossip sheet claimed that Britney Spears was a hillbilly who ate squirrels and possums. Look at her now – career back on track and dating brainless bozos like the Britney of old. You can’t keep a dogged diva down by making apocryphal statements about her diet. 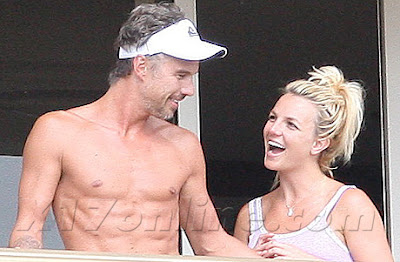 Comments:
Elvis was apparently a fan of squirrel burgers and chitlins and it didn't do him any harm. Well. Apart from dying on the toilet trying to pass a basketball sized turd through his kingly aperture, that is.

Personally, I cannot eat enough fried chicken. In fact, I consider myself quite the aficionado. And I'm about as Caucasian as they come. What does that tell you?

I agree that the "big red box" part seems kind of unnecessary. Some folks can't sense where that line is. At least they didn't say it was a big red hairy box. That would have been very 1976 of them.

Tiger was hurt? Poor guy. He must've been offered fried chicken thighs, but we all know he's a breast man. I bet he devours possum too.

You think all the scandal Tiger Woods has been through lately, he would barely notice a remark about fried chicken. But I guess that kind of trash talking is not acceptable in golf (though maybe it could help liven the sport up a bit?). Britney makes me think of the 1990s, which in my opinion was probably the lamest decade in the history of the world.

Now I see things differently...I would have been pleased to be invited to a homemade dinner of fried chicken,...mmmmm good!

I have no idea what Tiger, Julia and Britternknee eat when in their respective reclining armchairs in the safety and comfort of their double-wides. I'm still just shocked to discover that the "F" in KFC stands for "fried" and not what I thought.

There is a certain degree of typecasting anwyhere though old chap and one must simply learn to live with it. I can't tell you the number of ruddy times I have been invited to speak at some dinner and have been served kedgeree followed by tofu-elephant curry. One simply copes, and moves on.

Steve: He was an unusual man with strange appetites, but I think we can all agree about the lack of roughage in his diet.

Exile: Could you have a black ancestor in your family tree? The joke about Ms Gillard was in such poor taste that the leader of the opposition had to condemn it. Apologising for off-colour jokes is a very rare event in Australia.

Jimmy: Yes, golf is boringly genteel sport. Except in the movie Happy Gilmore, which I hope you have seen. Was Britney really performing in the 90s? You've got to give her credit for lasting this long.

Rose: Fingerlicking good, Rose! (Although I wouldn't eat it myself).

Sir Hutson: I'm trying to work out what you were being typecast as. A silly old fart who served in India?

If Tiger doesn't want his fried chicken I'll take it. Also any water melon he thinks he's being insulted with.

Anyway, didn't Tiger say he wasn't black a few years back? geez! I can't keep up...

Yep, I love fried chicken...it was always a treat when I didn't have the energy to cook...I'm banned from it so have to sneak out for the occasional kebab

It appears Tiger Woods is a little over sensitive and a tad idiotic.

I bet the colonel, as a southern white man who may well have belonged to the KKK, is turning in his grave at the thought of Tiger eating his fried chicken x

Of course I have seen Happy Gilmore. Now that I have looked into it, Britney's 1st big hit was released in 1999. So my recollection of her dominating the 1990s was a bit off. What do you expect, it was a very difficult time for me.

If somebody offered me...oh, what would be a "white boy" food insult....Wonder Bread and pork rinds. If somebody offered me said Wonder Bread and pork rinds, I'd be all over that because, hey, I just so happen to like that sorta food. I'm curious if Tiger likes fried chicken. Heck, I know I do. Come on Serg, offer to fix me up a plate of the Colonel's secret recipe and I'd be over at your house in a flash.

David Turner: Yes, I think he said he was mixed-race, which might be the reason he found the fried chicken remark "hurtful".

Nota Bene: You're banned from eating it? Who wears the trousers in your house?

Crazy Mama: He's not the coolest dude in town, Crazy Mama. He could have have dealt with the issue with an ironic quip.

Scarlett: I'm not so sure about that, Scarlett. The Colonel was a businessman who wanted to make money. I think he would have been happy for people to buy his chicken for their pets.

Jimmy: Well, 1999 is in the 1990s and maybe you were aware of Britney before she had a hit. I've just found out Happy Gilmore was made in the 1996, so the bull dance pre-dated Britney's rise to fame. How come no one ever copied the bull dance?

Herman Turnip: I suspect Tiger likes fried chicken but doesn't eat it to preserve his self-image. Are you sure that's "white boy" food? How about cheesecake?

Gorilla, I don't know, maybe you should e-mail PSY the (the rapper who sings Gangnam Style) and suggest the idea.

The cast from the show "Duck Dynasty" enjoy eating squirrels and possum especially the matriarch of the family. There was an even an episode of her cooking the dish. It was beyond disgusting.

As successful & as rich as they all are they call themselves 'rednecks'
and 'hillbillies' and don't have a problem when others refer to them by those names.

if sergio ever wins the masters he'll be able to serve tiger a little fried chicken when he selects the menu.

I too was bemused by the chicken insult. He can invite me round, and insult me as much as he likes. This white boy loves chicken in all its forms.

I've never tried quail before, but I have it on good authority that Julia's box is big and pink. Maybe she has circulation issues?

Jimmy: Does he play golf? I'd rather see a golfer do it.

Al: Only if you go on appearance.

Billy: That's one dinner party Tiger might not wish to attend.

Cro Magnon: Do you like chicken's feet and the parson's nose?

Mr Buttocks: Don't believe everything you hear about Julia's box. She attracts a lot of guttersnipes and fantasists.

GB, I have it on good authority that Julia is an 'airplane red-head' - and therefore has a black box :)

Gorilla, all rich guys play golf. PSY is a rich guy, so sure... He must play too.

Hello, sir,
I arrived here after visiting Mr Pilgrim's home.
Please don't take this to be an inappropriate comment, but you would't happen to know any fellow pig farmers would you? If so, could you be so kind as to inform me as to where I will find them?

Thanking you in advance, and may I wish a good day to you.

Well, I'd love to hear your take on Paula Deen.

Joe: Haha! That would truly be a miracle of Nature!

Jimmy: I'd like to see his swing before agreeing that he's a golfer.

Farmer Giles: Greetings, Farmer Giles! I'm afraid I don't know any fellow pig farmers, not being one myself, but I do know a man who breeds wart hogs.

Crazy Mama: If she does anything newsworthy, I'll look at her resumé. I didn't know who the Kardashians were at the start of the year, so you can't expect me to know who this chick is!