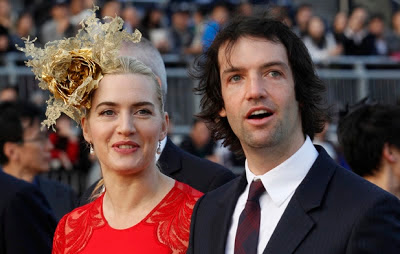 Call me a finicky ape, but I don’t like the look of Kate Winslet’s new husband. He reminds me of a baboon I once thrashed for making indecent suggestions to my females. Before you accuse me of being a bully, I gave that baboon a good hiding out of kindness. Had I not done so, my females would have taken the law into their own hands and crushed his testicles like almonds.

Now, back to Kate’s husband: he does not particularly resemble a baboon; nor, to my knowledge, are his gonads in danger of being pulverised. But there is something baboonish about the expression on his face. That gawping countenance suggests he’s easily distracted and lacks self-control. It makes me wonder whether he was ogling the bridesmaids when he uttered his marriage vows.

Perhaps Kate considered him a worthy suitor because he’s a nephew of Richard Branson, the British entrepreneur. If so, she ignored some fairly clear warning signs, the most obvious one being that he’d changed his name to Ned RocknRoll. What kind of arsehead would adopt such a name? My guess is that his brain stopped developing at the age of 15 and he still dreams of being the lead singer in a pop group. He no doubt fantasizes about being chased by delirious groupies, eager to make a lollipop of his todger.

But why I should care about the character of Kate’s latest husband? The manager of the safari camp made this point when I brought up the subject with him:

“You’re not her Hairy Godfather!” he jeered.

“We gorillas are avuncular,” I replied. “I don’t have to wait until she’s my bosom buddy before showing concern.”

“If Kate’s bosom and me were buddies, that joker she married would be sleeping on the couch!” quipped the manager.

An idle boast, to be sure, but I can’t fault his appreciation of Kate’s jahoobies. I myself have often expressed admiration for her luscious figure, so ideally suited to the task of making babies. She already has two children sired by different fathers, a clever reproductive strategy of putting each egg in a different soufflé. My worry is that soufflé No.3 will turn out to be a raspberry fool.

Now that she’s married the blighter one must wish her well, of course. Maybe she’ll train him like a dog, taking him for walks and giving him treats when he obeys her commands. Ned is actually the perfect name for a dim-witted mutt who isn’t sure where to bury his bone. Hopefully, he’ll learn that his mistress knows all the best hiding places.

As luck would have it, a new gadget has been invented for humans taking the canine path. It is a tail that wags to the pulse of the wearer when attached to his or her rump. This device could allow Kate to monitor her husband’s moods, and put him on a leash when the neighbourhood bitches were in heat. In this day and age, a happy marriage requires investment in the latest technology. 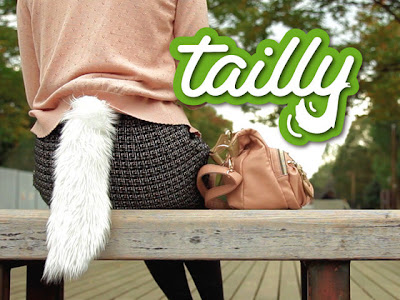 Comments:
I agree that he does look more than a little gormless and the name is suggestive of a complete arsehole, so not exactly prime material for Kate to expand her genetically diverse brood with, but I suspect he has some redeeming features: money and an uncle with a private island, for example.

Only a baboon would marry someone who would wear something on their head that looks like a cross between a sick plant and a perverted sex toy.

I agree with your report. Mr Ned RocknRoll wouldn't look out of place in a pair of dungarees and a neckerchief, chewing tobacco and talking about shootin' gators. I bet he even dribbles when he writes his initials.

I would be willing to give Ned a pass on the goofy expression in the pic. Anyone can take a bad picture. But changing his name to Ned Rocknroll should disqualify him from ever even being allowed to so much as hold hands with a girl, much less marry Kate Winslet. But what do you expect considering that a another beautiful woman like Katy Perry could have any man on the planet, but has chosen to shack up first with Russel Brand, and now John Mayer. Gorilla, love in the human world does not make sense and is quite grotesque.

Does Kate know she has a flower growing out of her head?

Ned Rocknroll?
I'm at a loss for words...

Hmm, Anonymous has some issues. You know, GB, you can change the settings to block anonymous commenters.

As far as Kate's hubby, yeah, strange. And she's robbing the cradle; he looks about 18 years old.

I'm sure that the chap is a lovely hooman bean, but I wouldn't mate him with anything and would probably only keep him in the fields to discourage predators.

Is that a small, disgruntled Shar-pei wrapped in flower petals strapped to the side of the unfortunate lady's head? Whatever will the fashionistas think of next?

I'm about to launch my Spring Industriana Collection for Silly Persons with Money But No Taste. Washing machines strapped to the head at a jaunty angle, dresses fabricated from reclaimed breezeblock and shoes in finest Italian corrugated iron. Now that you have suggested it, we could hurry and produce a matching accessory range of Eligible Dolts.

Jon: Kate must be loaded herself, but I suppose it's safer to marry someone who's also rich. They can call it quits when they divorce.

Keeping it real: A very perverted sex toy. I'm still trying to work out where you'd stick that thing. Or would it play a passive role?

Steve: I agree, he wouldn't, but why did you choose to make him an American yokel? There must be plenty of home grown ones in your part of the world.

Jimmy: I guess some women like the idea of mothering their own man-child, Jimmy. Don't ignore the humour aspect either - a lot of women find goofy guys funny.

Al: It's a safe place for it to grow - no one is going to deflower Kate.

Robyn: I read that comment with interest before labelling it as spam, Robyn. I like to keep tabs on these futile commercial efforts.

The Owl Wood: Whatever is on her head, I'm certain that it's no longer alive. Haven't you seen anything sillier in your numerous wedding gigs? Maybe you need to broaden your clientele. Just think of all the stories you'd have to tell us if you were covering celebrity nuptials.

does sir richard have a niece?

i'd be very happy to expand his family's gene pool.

It is proven, over and over again, that women don't care about looks. It's why a grasshopper like Ric Ocasek, a frog like Billy Joel and a prune like Rupert Murdock can marry beauties.

The name change can be explained easily. Wealth makes people behave in questionable and crazy ways.

I'm still stunned by the boy's name change. My younger son's initials are N.E.D. I'd almost consider a name-change except it would be a silly over-reaction to an even sillier person.

I like the gadget for monitoring one's partner's behavior - talk about tailing someone!

Do you think she might change her name to Kate RocknRoll?

He certainly has a face only his mother could love

I think Jack did in Titanic. Kate's aged a bit since then, though.
Still...Rose's boobies.

The best line in this post for me was... 'He no doubt fantasizes about being chased by delirious groupies, eager to make a lollipop of his todger.'

Billy: His niece's name is Suzie Can-Can and she wants to marry Hugh Grant. She might change her mind if you gave Hugh a thrashing.

Mr UB: Well, maybe they care more about money than looks. Try googling "MyChineseDimples" for a brazen exhibition of gold-digging.

Amanda: Hello and welcome, Amanda. I'm sure no one would think you'd named your son after Mr RocknRoll.

Sarcastic Ninja: If she changes her name to Kate RocknRoll, I'll change my name to Gorilla Bohunkus...and shoot myself shortly afterwards.

John: And only after she's taken her Valium.

Al: Hey, that's a spoiler - I haven't seen that movie! (I may never bother now).

Kelly: Kate's titties were at their finest in a movie called Holy Smoke. That was before she lost weight for The Reader. It pains me to think of Mr RocknRoll sticking his face between them.

I'm pretty sure that Ned is a baboon. A shameless butt-humping baboon who moonlights as a rock star in the boy band One Direction.

Maybe he should have just called himself Ned Dickhead - third time unlucky, yep..

Wow, he looks like a lighter skinned, more British version of Keanu Reeves. And that name... I thought Winslet had a bit more sense than that.

So I shouldn't mention the ship sinks.....damn!!

They look very similar to me; are you sure they're not Bro-n-Sis? Someone should ask Kate RocknRoll.

Static: Who's butt is he going to hump? I hope you're not suggesting Kate likes that sort of thing.

David: Has a nicer ring to it than Ned RocknRoll, I must say. More informative too.

Winopants: He looks more British than Keanu Reeves? Is that because of the hairstyle or the gaping mouth?

Al: Now you've really ruined it for me.

Cro Magnon: Don't call her that! She'll never star in a movie again if people start calling her that! Which would upset me.

Would you fly in a spacecraft built by a company that employs someone who changed his name to Rocknroll?
Jobrag

I have a great admiration for Kate as an actress, how effortlessly she gets into her characters' shoes... though it makes me wonder how does she manages between all the characters and her real self… perhaps this is a sign of a slight struggle between reality and fiction…or perhaps she’s practising for new role…? Hx

Lol. GB. He doesnt look too bad to be honest but yeah, that name he has adopted is a turn off.
Had i known about this tail before xmas, i would have bought it for some ppl in my former office.

Jobrag: I wouldn't, but I'm guessing someone like Noddy Holder might. Maybe even Gary Glitter if he's feeling adventurous.

Hannah: So do I, Hannah. This is her 3rd marriage, so I think she gets bored quite easily. Maybe this Rocknroll fellow seems exciting because he's different from what she's used to.

John: I think he'd jump off the roof before the flames singed his arse.

Jaya: Hello, Jaya, nice to see you back! You could still buy it for Easter. The problem might be getting them to wear it!