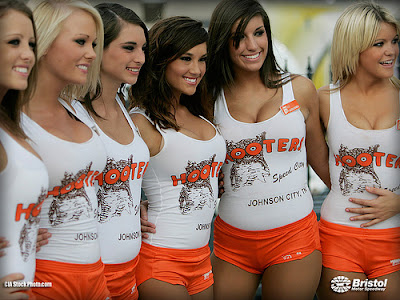 What would you say if I told you that the human male is gradually losing his interest in women’s breasts? Perhaps you would ask me to clarify the meaning of the word “gradually”. A young man who spends five hours a day staring at pictures of jahoobies is obviously going to devote less time to the pastime when he gets his first car or learns how to play the bongo drums. But his diminished interest in bosom flesh would merely be a consequence of the day being restricted to 24 hours. You might say, with equal justification, that a piglet gradually loses its interest in squealing.

Adam, 29, whose name was changed to conceal his identity, admitted that boobs fascinated him. “Yeah, I do like boobs,” he said. ”‘Every pair of boobs is totally different for every female. I like all boobs.”

My own view is that breasts will never go out of fashion. Human biologists have noted that a woman’s cleavage has evolved to resemble a pert pair of buttocks, which simultaneously evolved to resemble a ripe plum ready to be plucked and eaten. This would not have happened unless the human brain was hardwired to appreciate such sights and revel in the associated textures. You can’t turn the clock back on millions of years of evolution.

The young men of today only differ from previous generations in having seen a lot more bosom flesh from a much younger age. This might explain why they tend to look for other attractions when they visit porn sites. If you’ve already seen all the paintings of Leonardo da Vinci, you might want to give other artists a chance the next time you visit the Louvre. Tit fatigue, if it really exists, could only be a consequence of staring at too many jahoobies in too short a space of time. I should imagine that going on a temporary boob fast would rekindle the ancient urges pretty quickly. 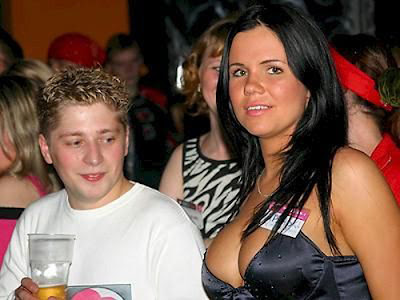 Comments:
I must be a mutant, GB. My boobies haven't evolved in a pert, plum-like fashion so much as sloth-like low hanging sasquatch.

Have they found something new? What the heck are they searching for? Is it better than tits?

I really appreciate the variety of tits available to the ordinary man. Unfortunately, most of them aren't readily available for appreciation.

Personally I prefer moobs, or man-tits--such as my own frankly. Ever since I got the state to pay for my implants I can't stop playing with them. My teats are the tits, Bananas!

It is a rule that breasts artfully hinted at have more sustained interest than those nakedly displayed. Or nipple umps hinted at through fabric. There is less appeal to humongous breasts than smaller ones hinted at.

A good pair of chesticles will always be in favour. Biology. End of.

with all this trans stuff and plastic surgery a guy has to be careful these days. it's a case of buyer beware, but i'll keep looking.

I still think the natural boobs looks better than the enhanced or fake boob implants. I don't think men will ever get tired of looking at a pert pair of breasts.

I can understand the potential for fatigue. I do think in the current society, the availability of ample (pun intended) displays of nearly bare cleavage is so abundant that the younger crowd may developed a feeling of "breasts are always available" to them. In my age bracket, our pubertal awakenings occurred at a time where a) coverage of breasts was much more complete, and b) enhanced cleavage was virtually non-existent. I remember feeling a sense of pleasure viewing female models for brasseries in the Sears & Roebuck catalog as a young lad. Back then, the search to see breasts was a much more challenging hunt and as such the hunt was more captivating. Today's young men do not have much of the hunting drive turned on for them, because the availability of glimpses occurs routinely.

Speaking only for myself, I tend to find significantly less pleasure in "enhanced" bosoms. By my nature, I tend to prefer the smaller, more readily "palmable" breasts as opposed to those that are "enhanced" to approach small watermelons (as in your final photo image).

I don't mind jahoobies. I have been told I have great cleavage for a man in my groinal region.

Robyn: Have you tried wearing a bodice made for a buxom wench, Robyn? I'm sure your girls will look appetising enough in one of those! :)

Harry Hamid: Good question. It could be so many things. I've heard 'Mormon girls' are the latest thing.

Jono: 'Exile' says that begging was the tactic he used to get booby action.

Static: Hah! That's the first time I've heard anyone boast about his moobs! This could be a moment in history. Nice to see you after so long, BTW.

Pop Tart: I'm sure many would agree with you, Ms Pop Tart. The artful coquette is often irresistible.

Mr Rosewater: It's not the end of the world if you make a mistake.

Mary: I couldn't agree more, Mary. Do you know any leg men?

Professor: You make a good point, Professor. The thrill of the chase enhances the pleasure of the ogle.

Mistress Maddie: Is that thigh cleavage, Mistress? Maybe I need to get out more, but I can't imagine anything admirable about nutsack cleavage.

Never met a par of tits I didn't like.
Oh. Check that.
I meant on a woman.

Big ones or small ones, tits are great!

I haven't seen my boobs in years. I think they're somewhere down around my knees.

I don't like it when you're not here every week. It's very unsettling. :)

I agree with Jules. I hope all is well and you are back here soon.

I fear our friendly ape friend may be experiencing a bout of Blog Fatigue. I hope not, and I hope all is well... and I hope you return soon.