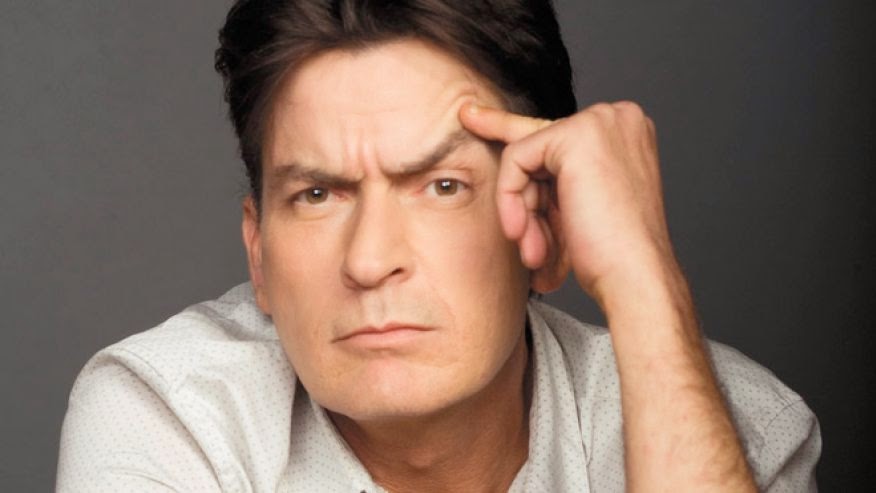 Charlie Sheen’s announcement that he intends to run for president has been greeted with hoots of delight in the Congo. The parrots are squawking, the crocodiles are grinning and the baboons are displaying their rumps.

“I wish I could vote for him,” said an excited chimpanzee. “It’s about time the humans had a leader who’s a bigger fool than the commander of the ape brigade.”

“I’ll pretend I didn’t hear that,” I replied. “And he won’t be the leader of all the humans anyway, only the richest and fattest of them.”

There’s a long way to go before Charlie gets elected, of course. The road to the White House is snaky and strewn with potholes. He’s clearly put a lot of thought into his “truth and transparency” platform, but it remains to be seen whether it impresses the voters. I’m not a fan of transparency myself – if nothing is opaque, where is the shade to shelter from the sun? The only transparent creatures are jellyfish and the like, whose internal organs are visible to the naked eye. If humans could see their own insides it would give them the collywobbles.

As for truth, it sounds good in principle, but didn’t an American general say “You can’t handle the truth”? He had a good point. How many Americans know that Yellowstone Park is a giant volcano that could erupt at any minute, cooking their country in a pile of superheated ash? As the Bard once wrote, “Tis better to live in ignorance than piss your pants to no purpose”.

Now, I’m not saying that Charlie would be a bad president – high-minded campaign slogans can quickly be shelved after the battle is won. Yet he must be stopped for one overwhelming reason: his election would further delay the historical necessity of a lady president. My ears are still burning from Gloria Steinem’s bitter remarks after Hillary lost the nomination to Obama. Surely no one in America wants to hear that again.

Is Mrs Clinton girding her luscious loins for another shot at the top job? I confess it’s very difficult for a gorilla like me to read her body language. Although I’d be happy for Hillary to win, I don’t think she would beat Charlie. A Washington insider has no chance against a Hollywood pro – Ronald Reagan proved that. Charlie could only be defeated by a woman who’s a bigger exhibitionist than he is.

You can probably guess the candidate I have in mind. She recently displayed her talent for political theatre by exposing her butt cheeks at the Grammy Awards:

"I wasn't mooning, I just lifted my dress up,” she explained. “Mooning is like naked butt. Everyone's seen my naked butt.”

Does anyone doubt that Madonna’s version of “truth and transparency” would kick Charlie’s campaign into the quicksand? It would also breathe new life into the American system of representative government. No country can call itself a true democracy until the people have seen their leader’s naked butt. 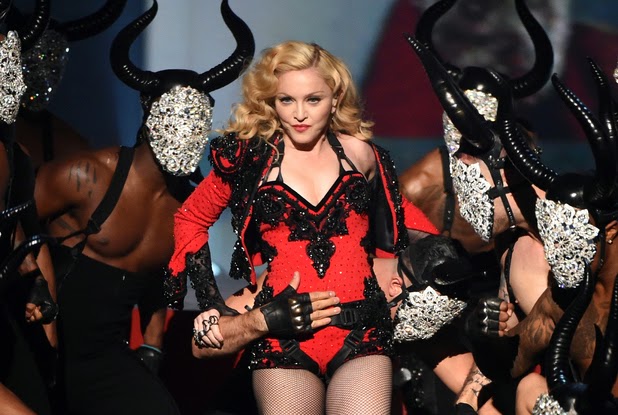 Comments:
I might vote for Martin Sheen, but never Charlie. Unless it was a choice between Charlie Sheen and George W. Bush... then Chuck has my vote. Though I suppose it would be entertaining to have Sheen in the White House. Anyway, I have to hear where he stands on the issues.

Charlie doesn't have my vote, but his dad did play the president on TV . . . No, that doesn't help. I will vote for him to be my drug dealer or a cool guy to do drugs with if I did drugs. He kills in that vote.

Given Sheen's propensity for taking drugs I think "President Charlie" would be a very fitting moniker... whereas President Madonna sounds like a weird Americanisation of the Bible.

"collywobbles" sent me straight to Google. I've had that!

To be fair, Charlie Sheen would be quite a fun president in the White House. He certainly would have more than one cigar in the Oval Office.

It would be fun seeing Charlie and Hillary battling it out together. I've heard that she also has a fun side, and does wonderful impressions. For everyone's sake, I do hope they leave her "naked butt" out of it!

I can't imagine Charlie as president. He's a bit too crazy.

Dr Ken: He plans to have his dad as his running mate, so maybe you could still vote for him. His dad could do the political stuff and he could do drugs with visiting heads of state.

Steve: I think she'd call herself President Ciccone and keep the Bible safely between her thighs.

Exile: She's still in her 50s and no woman has worked harder to keep her butt in shape. If it were a museum exhibit I would definitely go to see it.

Mermaid: Hello, Mermaid, how nice to hear from you! Is Charlie a cigar man? I think he prefers to smoke dope and give his interns zucchinis to play with.

Julie: I never knew Hilldog did impressions! She should have got into show business to make herself more electable. I'm sure no one but the Secret Service would get to see her naked butt.

Mary: He may be crazy, but he can pretend to be serious. Don't forget that he's an actor.

Imagine how many times during the vote count the reports would claim that Charlie Sheen is "winning".

Is that true about Yellowstone??? Now I won't be able to sleep tonight. Thanks for ruining my ignorance. Or, maybe, I would be safe in NY.

Doing drugs with visiting heads of state. Perfect job for him. FINALLY found his lot in life. Did you know he actually took steroids so that he could throw harder to play a baseball pitcher in the move "Major League?"

Don't you need at least an 8 year old's intellect to be President, GB? Chuck doesn't qualify. Besides, I'd rather see Madonna's butt than his.

I love Madonna!! She is nothing but awesome.

I wasn't aware Charlie was running for President. I wonder what his political slogan will be?

Well, Gary Coleman ran for governor of California and look what happened to him.
NOTE: Al Penwasser's linking of Gary's running for public office and him ending up in his very own Coleman Cooler is a work of fiction and meant to be humorous. The two can't possibly be related.
NOTE: We hope.

Michael: I think it would happen very often in a lot of pre-poll nightmares.

Jax: The ash might not reach New York City, Miss Jax, but there'd be a lot of discombobulation to deal with.

Dr Ken: I would be surprised if he hadn't taken steroids, Dr Ken. Steroids are like aspirin for a man like Charlie.

Cocaine Princess: "Vote for Sheen, he's not obscene" will be his slogan, Miss Princess. I can't say how many voters will believe it.

Al: Gary Coleman? You mean the cute little kid with chubby cheeks who got adopted by white folks? What a delightful notion! Why didn't he get elected?

I was unaware that Mrs Clinton has luscious loins. I nearly voted for Charlie. Now, of course, I won't.

She doesn't show her loins to any one who votes for her, though. If you stick with Charlie you've got a better chance of seeing something.

Anyone who says "Poor is the man whose pleasure depends on the permission of another" has my vote. Go Madge!