A 26-year-old actress called Karen Gillan has said she wants to lick Daniel Craig’s face. Before you denounce her as a shameless hoochie, take note of her intention to perform this act in a professional capacity. Her dream is to appear in a Bond movie, playing a villainess who would demonstrate her brazen effrontery by slobbering on 007’s cheeks. According to Karen, her father was the inspiration behind this unusual ambition:

“My dad used to tell me when I was younger, ‘You don't want to be a Bond girl; you want to be a villain’. That stuck with me.”

Let’s hope her tongue doesn’t stick to Danny’s face. Knowing him as I do, I am certain he would not find the prospect appealing. That tanned, clean-shaven countenance we admire on the big screen is heavily coated with cosmetics. Licking it off would make him feel naked. Far from promoting her cause, Miss Gillan’s audacious announcement will make Danny very reluctant to work with her. She would have done less harm to her chances by saying she wanted to lick his arse.

There are surprisingly few good licking scenes in big budget movies. Steven Bauer wiggled his tongue at several women in Scarface, but his invitations came to naught. John Turturo licked his bowling ball in The Big Lebowski, but what did that prove? Any fool can lick an inanimate object. The only licking of actual flesh I can remember occurred in The Name of the Rose, when the ugly hunchback licked the leg of the sultry peasant girl. She didn’t like it one bit and cursed him in an obscure medieval language, which may have been French. Another good licking opportunity arose in the same movie, when the apprentice monk played by Christian Slater was ravished by the same peasant girl. But neither tongue got involved in the action – I suppose such things are often forgotten in the heat of the moment.

In truth, it is better to have your face licked by a cat than a human. The rasping feline tongue is admirably equipped for the purpose, whereas the human tongue is made for talking rather than polishing. This doesn’t mean that all humans are good speakers, of course. Britney Spears has a very attractive tongue, yet people have accused her of being too stupid to hold a conversation. Maybe she would be more articulate if she communicated in song.

Britney should nevertheless take heart from Kanye West’s recent statement about her:

“I am not Britney Spears,” he declared profoundly.

He may have meant it as an insult, but she should certainly take it as a compliment. The man has recently been charged with assaulting a photographer, and expects to beat the rap by boasting about his towering intellect:

“I’m the smartest celebrity you’ve ever fucking dealt with!” he told a lawyer in a deposition to the court.

One suspects he was exaggerating for effect. I can’t believe he’s brainier than 50 Cent or P. Diddy. 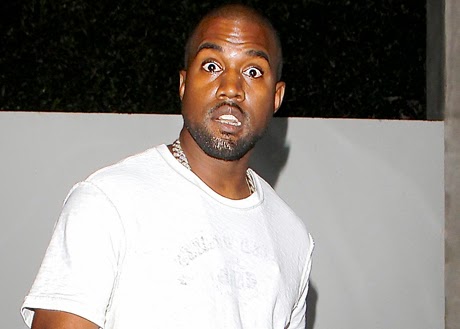 Put Britney and Kanye's brains together and you still can't find a brain cell.

If I shave I could offer myself as Mr Craig's stunt cheeks if he finds the idea so unappealing.

We bumped into Karen Gillan once and had a photo taken with her...I now feel I missed an opportunity to have her lick my face, which when I think about it is a little disappointing

The only organism that has licked my face was my old Dalmatian dog.Due to his bad breath, it wasn't a pleasant experience.

is that the picture of kanye the first time he saw his wife without makeup?

danny craig was good in cowboys and aliens.

Mary: That's exactly the scene I imagined, Mary! Bond is tied up, she licks his face and says "What would you like now?". Bond looks her in the eye and replies: "Face wipes". I could write the script I tell you!

Robyn: I think their brains would explode if you put them together, Robyn. It would be like matter and anti-matter.

Steve: Hah, so you're willing to be plucked and shaved like a chicken to get a bit of tongue action from Karen! Fair enough, it might be worth it. But I bet you won't mention her in your blog. You're very sly about the women you feature in your blog!

Nota Bene: I never knew she was famous enough to recognised by people who bumped into her. Perhaps you should have bought her an ice lolly and taken her picture when she was eating it.

Bryan: Dogs have horrible slobbery tongues. You should try getting a cat to lick you. They like it when you avoid direct eye contact and behave submissively.

Billy: Could well be, Billy. I haven't seen Cowboys and Aliens. It sounds like hokum, but I'll watch it for Danny's sake.

Good gorilla, I feel your accusations of slyness are underserved:

Kanye should take heed of the old adage "actions speak louder than words" and even if he did, I'd still think he is a numb nuts. Lucky old Danny Craig - I'd love Karen to lick my face...

Man, everything Kanye says makes me hate him.

Ewwww!!! I would not want anyone licking me!! Kissing yea...licking, no way!

You know Daniel Craig, Gorilla? Did you work together on some sort of secret mission or something of that ilk? Anywho, perhaps Britney Spears just doesn't feel like holding conversations anymore. If she's rich enough to have people feed her lines, chew her food, wipe her bum after she has had a good poop etc., why not take advantage of it?

If Kanye says he's the smartest celebrity then I believe him. He told the truth when he said he wasn't Britney Spears. He's right up there with Honest Abe.

Yeah, I could so see that. I'm not sure what that says about me, though.

Steve: Fascinating archival evidence, but you're only really drooling in the Easter Eggs post, which was more than 3 years ago. Your slyness has mushroomed since then.

Joe: I don't think Kanye has the patience for the Rubik's cube, so maybe he'd have to tie his shoelaces instead. I hope you'd ask Karen to stick out her tongue first.

Michael: I wonder if you can buy a dartboard with his face on it?

Rose: How about a French kiss, Rose?

Jimmy: Danny comes to me for career advice, Jimmy. I like to think of him as my protégé. I'm sure Britney can hold a good conversation on her favoured topics. I would ask her what her favourite type of popcorn was.

Julie: I would never accuse him of lying, but he may be confused about the facts.

Al: Are you talking about face-licking? I bet you've dreamt it even if you never saw it in the navy.

I'd have had far more respect for her if she'd have wanted to lick his balls. If you're going to play a vixen villain, then do it properly.

Kanye West is a an egocentric waste of fame. Maybe he should be tied down and have himself licked into submission.

I would rather be licked by a hundred women simultaneously, suffocating me than have a cat anywhere near me.

And...might I add? I'd LOVE to be the next James Bond. And not just because of the face-licking. Okay, it's because of that.

Jules: Is ball-licking recognised as an act of villainy, Jules? I would have thought it's more like painting Easter eggs!

Fred: Maybe you could avoid suffocation by taking the air from their lungs. Got a cat phobia?

Al: I think it's more likely that she'd sit on your face than lick it. Could you handle that?

I could see the face-licking as a proper female villainous action if the licking somehow seeped a poisonous secretion into Bond's face. Like the ol' poison lipstick trick, but with more slobber.