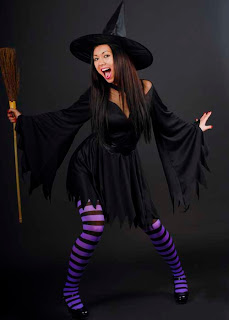 I’m glad to hear that the British police are confiscating wands and broomsticks that visitors are trying to smuggle into the Houses of Parliament. There’s no telling what the honourable members might do after being hexed by a politically active witch. They already behave like utter buffoons in the debating chamber, venting amid a chorus of farmyard noises. If a witch managed to put a pagan spell on them, the midget who sits in the Speaker’s chair might not be safe. Uglier creatures than he have been molested by the goatish mob.

Most of the witches I knew in my circus days were wholly apolitical, which I thought was a very good thing. Politics is a dirty game which would befoul and corrupt the spiritual values of the Spooky Sisterhood. The witches I met were convinced I had supernatural powers, and invited me to their outdoor naked dancing events (as an observer).

“My dear witchy ladies,” I said to them. “Before I accept your gracious invitation, I must disabuse you of the notion that I am a hairy wizard. I regret to say that I have no magical benediction to bestow upon your sacred coven.”

“Come along anyway,” they replied. “You can scare off the peeping toms.”

This was a service I was more than happy to provide. The naked witch is a sublime metaphysical entity that should never be ogled by perverts and degenerates. Her succulent flesh is a sacrament for the forest demigods, not an aid to self-abuse.

My relationship with the circus dwarves was much less cosy. People thought they disliked me for tossing them in my act, but most of them thoroughly enjoyed sailing through the air with their little limbs akimbo. In truth, they resented me for being the star of the show. Dwarves are jealous by nature and would rather forgo the pleasures of unaided flight than see a rival win acclaim.

A recent episode of dwarfish rascality has occurred in Argentina, where the farmers of Catamarca are blaming a marauding leprechaun for ruining their harvests.

“It was short like a dwarf and I’ve seen it and spoken to it,” said Cosimus Behana. “I wasn’t drunk or drugged – we are really cursed.”

This craven peasant needs a kick in the seat of his pants. A farmer who fatalistically allows a dwarf to commit mischiefs on his land is a disgrace to his profession. One has to wonder what he said to the creature when he spoke to it. It wouldn’t surprise me if he offered to trim its beard and polish its hobnailed boots.

If this bothersome imp is really causing their crops to fail, the farmers could easily make him desist with a bit of old-fashioned bribery. In my experience, a dwarf will suspend any vendetta he is pursuing if you offer him beer and prostitutes. With any luck, the hookers will take him away when he’s drunk and sell him on the open market as a brothel mascot. I’ve yet to meet the dwarf who could outfox a call girl. 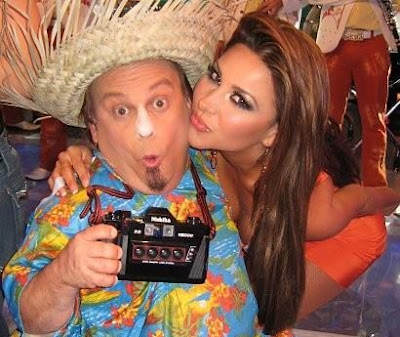 Comments:
Anyone will suspend a vendetta if offered beer and prostitutes, regardless of stature.

As for witches trying to enter the Houses of Parliament... I guess the cast of Harry Potter have to do something now that the franchise has come to an end. Actors and politicians get on famously; both make a living out of lying.

What they need to do is cut off that marauding midgets foot.... cause everyone knows that a "lucky midget foot" always brings good luck!

Remember back in the day dwarves, nymphs, and fairies, were all well behaved and did chores? Tsk tsk how the times have changed.

You know what's red and has 7 dents in it? Snow White's cherry. So okay, they weren't always well behaved.

I can never tell how mischievous the wee folk are supposed to be. Hide my shoes? Or cut off my feet? I once read about the legends of Celtic lore and was not surprised by how they became such a bleary people.

Speaking of the little lads...

i thought better of dwarfs after watching one in the Game of Thrones. have you seen it ?
my favourite character.

No wonder Snow White looks so tired in that film they made of her escapades. Having to keep seven of them satisfied must've taken some doing although maybe she got some respite with Sleepy!

Steve: I do hope the kids from Harry Potter don't spend their disillusioned lives trying to become grown-up movie stars. Politics would be a better career than that.

Jayne: Yes, ma'am! I came across it while looking for pictures for this post! Are you disappointed I didn't use one of those evil images?

Steve B: I think it would smell worse than a rabbit's foot. And fluff might get trapped between the toes.

Angie: What would the handsome prince have done if Snow White wasn't a virgin on their wedding night? I shudder to think of his shock and rage!

Chris: I can't believe a leprechaun would bother respectable black folk. Maybe it was a raccoon wearing a hat. Raccoon faces are quite human.

Time Warden: Having safe sex with Sneezy would be a major challenge. Grumpy might have been good in the sack, though.

I can quite understand why an egg or a boomerang were taken into the Houses of Parliament, but a broomstick? Definitely signs of hexing in my opinion, though that wouldn't necessarily prove to be a bad thing.

As for dwarves, I've had them up them up to here. I concur with Jaya J though, the Imp from The Game of Thrones is a fabulous character.
I think your fraternising with naked witches may have had an affect on you Mr Bananas as all your stories appear to be posted at the bewitching hour.

I’ve been accused of being a witch – although not the sort who prances around naked. I consider this a compliment. Most of the time I use my powers for good... ;)

that's reason 23 why i always have a dog in the house. you have to be able to look a dwarf in the eye to discern her true intentions and a good sized dog is just the right fit.

Not evil, GB. He's the sweetest midget. Calm, collected, funny and oddly the most sensible among a bunch of chaotic characters.

I'm trying to comprehend Mr. GB, but maybe I've had too much coffee for today... what exactly do people intend to accomplish by taking broomsticks into parliament?Seriously. And tennis balls? Maybe they should have a guard outside pointing them in the direction of Wimbledon.

Makes me wonder if witches and dwarves are in fact responsible for crop circles, and not the little green man as they like to think in darkest somerset.
But then they're all a bit strange down there.

Juliette: I'm as fed up of dwarves as you are, Juliette. I've had them up to here, there and everywhere. Witches are still welcome chez Bananas, though. I hope you got my explanation for favouring the bewitching hour.

Beth: I couldn't imagine you being anything other than a benign witch, Beth. Do you make any potions?

Billy: If that doesn't make a dwarf shit it pants I don't know what will.

Jaya: Ah, I misread your comment as "I thought better of messing with dwarves...". I'm glad they've got a good role model on TV, it'll give them less excuse for misbehaving.

Dirty Cowgirl: I thought it was the farmers who made the crop circles to attract tourists. Aliens just kidnapped people and stuck probes up their rectums.

If a witch or wizard would turn our MPs into the animals they most represent, we'd hardly know the difference, sadly. I'd like to see THAT on the parliamentary channel, though!

As others have said, Game of Thrones' very best character is a scheming dwarf.

Found you via The Fred Effect - and still LMAO.

I just read a story somewhere on the net about a mother whose adult some was developmentally disabled. He loved trolls and collected the dolls and pictures of them.

One day he keeps calling her at work and telling her to come home - he's found a troll. She thinks he's just talking about a doll or something.

Finally she gives in and goes home to find her son covered with dirt. SHe asks him about this troll he found. The son tells her he's in the shed.

She goes and unlocks the shed and a dwarf runs by her as fast as he can. A short time later the police came.

can anyone really outfox a call girl?

Robyn: You'd be a big mama for those little folk, Robyn! They'd be resting their heads against your maternal bosom!

Argent: If they did that, they'd be a lot of honking geese in the House of Commons.

Al: You've got a great memory for names, Mr P. I assume it's one of the many skills you acquired in the navy.

Kernut: Hello and welcome, Ms Kernut. That's a funny anecdote, but the poor dwarf must have been terrified! And your comment was no longer that it needed to be.

Kage: That's a very good question, Ms Kage. A gigolo perhaps? Maybe there should be a TV show where they try to outfox either other.

Pumpkins are still allowed in the House of Lords — most of the time, in fact.

In the old days we Welsh banished our fears of the Ancient Briton raiders by portraying them as dwarfish hillbilly buffoons. Now the English dub us likewise. But who's got all the witches, eh? Us!

Mr Boyo: There is something witchy about Welsh women, but do they strike fear into the hearts of anyone but their husbands?

Al: In addition to their other talents, they must have had very flat heads.

The real threat are midget witches. Can't trust 'em as far as you can throw them and their flying monkeys too.