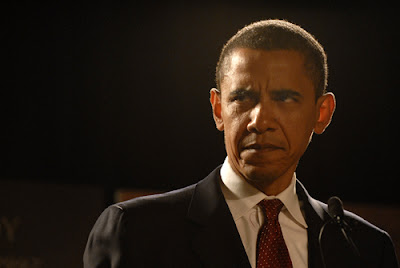 A correspondent has sent me a blog post written by a strange young man who dreamt he had been raped by President Obama. If you read the post, you'll discover that the Obama of his dreams drugged his drink, raped him violently and then pinched his cheeks for good measure. What I find odd is that the fellow seems to think his dream is something to be proud of, and his readers, judging by their comments, appear to concur. Anyone would think that he’d been invited to the White House for a game of checkers and a hot dog.

My own view is that dreaming you've been raped by the President of the United States is nothing to boast about. Men have suffered greater calamities in their sleep, and in their waking hours too. I should imagine that most people could easily replicate the dream by gazing at pictures of Obama during the day and inserting a butt plug before turning in for the night. I'm not suggesting anyone should do that, of course. Any US citizen who intentionally generates a nightmare of being buggered by the president is arguably guilty of sedition. I believe there's a legal precedent involving President Ulysses Grant and the owner of the Fancy Britches Saloon in Tennessee.

I dare say this fellow's confession is the tip of the iceberg - millions of men all over the world are probably having similar rape fantasies. If Village People were re-forming today, one of the band members would certainly be an Obama lookalike. When a good-looking black man gets his finger on the nuclear button, men of ambiguous tendencies discover their inner catamite.

Anyway, I mentioned this blog post to an American man staying at the safari guesthouse in the hope of making light conversation during the rainy season. His eyebrows didn't move a millimetre.

“There's a guy in Washington DC who claims Obama raped him in real life,” he said. “He sits under a sign with the words “OBAMA RAPED ME” on it, and below the headline is a story about how Obama drugged his drink and crept into his bed on a dark and stormy night. He says he told Obama's bodyguards what happened, but they didn’t do anything.”

“What a fool!” I exclaimed. “As if it’s the job of Obama's bodyguards to console his rape victims. Alleged rape victims, I should say. He sounds like another bi-curious white boy, fantasizing about being ravished by the black commander-in-chief.”

“Actually, the man was black,” corrected the guest.

“Was he indeed?” I remarked. “The plot thickens.”

Whatever the colour of his complexion, the behaviour of this fellow annoys me. America may be the land of free speech, but you shouldn’t be allowed to accuse the president of rape without substantiating the accusation. Where is the proctologist's report? Where are the cotton swabs?

If you happen to encounter this lamentable guttersnipe on a visit to Washington DC, please pass on the following message:

Gorilla Bananas says “Put up or shut up!” 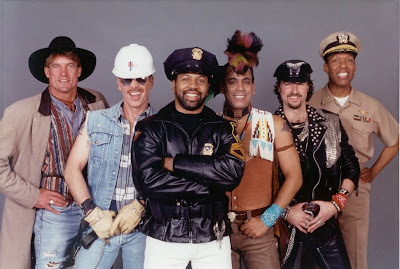 Comments:
Maybe this guy's dream should be seen as being merely symbolic? America has fucked the world for the best part of a hundred years... maybe it is only now that we can ask, as a global community, for counselling and gestalt therapy...?

So does this mean that I can claim every sordid nasty dream I've ever had about a celebrity (there's been a few) did in fact happen ?

I fucking hope not because it's not me that would be crying rape.

And if Bono asks no it wasn't rohypnol and I don't even own any rope.

i'm with you gb, if you are a dickhead, you shouldn't be allowed to have free speech.

sometimes i think all the stuff on the internet might not be true.

Um, not sure what to say, really. Quite an odd dream.

I had a dream about my toilet. I feel it may be a symbol of my rather pathetic social life. It's a bad day when the subconscious gives up. :/

I checked out the link. He's got a pretty good following too. What's a lot freakier is that he admits to having dreamt about Condoleezza Rice. Don't you think that's even worse, GB? And the guy admits this?! Whoa! Your blog is looking pretty normal. ;-)
xoRobyn

I have to agree with your assessment of the blogger in question, especially after surfing his blogroll for a couple minutes.

Well met, sir. I know of you from UltraToast's blog.

Steve: Global community? It doesn't exist. The world is divided between those who want to fuck America but can't, and those who'd like to be fucked by Obama and can only dream.

Dirty Cowgirl: You are one woman who could definitely rape a celebrity, Ms Cowgirl. I hope Bono enjoyed it as much as you did.

Dull boy: I'd never censor you, mate. Just make sure you've got evidence if you accuse the PM of raping you.

Billy: Yeah, I suppose he could have lied about the dream to make his blog more interesting. What about the guy in DC though?

Frisky Virgin: Better to dream about toilets than getting violated, Miss Virgin.

Robyn: I noticed he dreamt about Condi! He didn't say whether she raped him as well, though. I think he's got some kind of weird racial thing about powerful black people. BTW, the guy in DC really exists! Do you know anyone who lives there?

Eric1313: Hello and welcome, Eric1313, UT Mosha is an old friend. I wonder what he'd make of the blogger in question.

Many would say we've all been screwed by George Bush...

I know a girl who crams an orange up her butt at night to make her have sexy dreams.

I always find it interesting when people say "fucked by America". I somehow feel like I should have been involved, gotten mine, etc. If someone could let me know when the whole of America is going fuck someone I'd appreciate it. It's been awhile for me. Would it be okay if we start with a country like Ireland? I've got a bit of thing for Irish men.

sigh. i wish obama would dream-rape me.

Well first the good news, The Village People are still touring – Brooke in Idaho reorted on her blog that she assisted at one of their shows – Helping them change their colostomy bags and servicing their Zimmer frames…

Nota Bene: Talk is cheap. I'm only interested in people with a proctologist's report.

Fred: An orange seems like overkill. Is she trying to have sexy dreams about elephants?

Angie: Are you saying you want to fuck for America, Angie? That's the most patriotic thing I've ever heard since the Gettysburg address.

Kage: Well, he's a busy man, Ms Kage, but maybe he'll get round to it when you fatten up your butt.

BlackLog: You mean they haven't recruited new band members? No wonder they've lost most of their fans. Obama needs to look into this.

Obama seems sort of wishy washy when it comes to his own people. Oh, sure, he's willing to drop bombs on people of foreign lands, but when it comes to domestic matters, he offers none of the aggression or zeal that a sexual predator would need to have.

That's why I think these men were not raped by the President. It is nothing but their own desires to be dominated by a powerful black man who is also delicate and sensitive. I imagine baby oil is somehow involved.

Maybe this guy's subconscious was telling him that he's one of the Village People. Or maybe, it's just wishful thinking on his part. I've met weirder folk before.

I had a dream that Obama Lewinski'd my cigar! The horror!

Someone wrote a book about people who had dreams about meeting the Queen. The Potus plug fantasy is a sign how even our subconsciousness have been crudened. I had a dream about Mrs Thatcher once. We weren't taking tea either, unless that's a euphemism that passed me by.

Btw GB. I once, had a huge crush on someone, and he happened to look like president Obama, right to the way he dressed.

I kind of think that Leather Man is raping the legacy of The Village People. No handlebar mustache? For shame!

Azra: I'm sure he'd love to join the band, but being Obama's bitch won't help him. The Village People characters were active rather than passive.

Steve: I don't see how you can Lewinski a cigar with Monica herself being in the vicinity.

Mr Boyo: I wonder if anyone has had a dream about both the Queen and Mrs Thatcher. An embarrassment of riches, perhaps, but you could always make them perform for you.

Jaya: Lucky fellow. I hope be behaved like a gentleman.

Dr Ken: You mean the gays haven't adopted the "shave everything" fashion? A point in their favour, I feel.

I forgot how funny you are...and came back for a read...Yep...funny as ever..hehehe