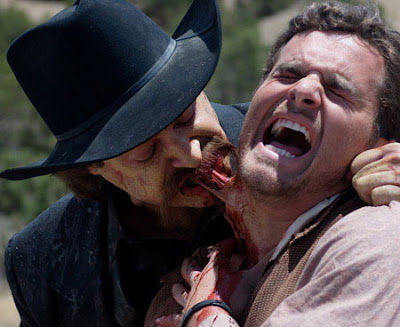 I have a certain amount of sympathy for the Portuguese policeman who was bitten by a member of the mayor’s office, but not enough to sacrifice a chicken on his behalf. The mayor’s aide was clearly the policeman’s social superior, so one can understand his rage at being addressed with the familiar pronoun. That said, no amount of plebeian impudence can justify sinking your teeth into people. A man of position should respond to such provocations with patrician hauteur.

In all my years in the circus, I was never once bitten by a human. I would like to think it was because I treated people with courtesy, but in truth it was probably the fear of getting a mouthful of fur that deterred the maniacs. In any large crowd of humans, there are bound to be assorted yahoos who think that biting a gorilla might win them fame and the love of beautiful women. Fortunately, the prospect of having to hawk out hairs from the back of the throat was too vexatious for them to countenance.

The nearest thing to getting bitten I experienced happened after a show in Winchester, when I was escorting my friend Lady Chuffington to her Bentley. From close behind, I heard a frantic woman utter the following words:

“I want to make you my beard, you big hairy hulk!”

Before I could turn round, she had buried her chin in the small of my back and was massaging vigorously. I have to admit it didn’t feel too bad, and had I been unaccompanied I might have allowed her to continue; but I obviously couldn’t let her carry on like that in full view of her ladyship, who would have been scandalised by the sight of a strange woman being afforded such liberties on my person. So I shook the woman off and told her to compose herself, while Lady Chuffington gave her a moisturising wipe for her flushed face.

After calming down and attending to her appearance, the woman began to explain herself. It turned out that she was a kick-boxing champion who had been enthralled by my performance in the ring and wanted to show her appreciation in a tangible way.

“I knew what I was doing was crazy but I just couldn’t help myself,” she said.

“I quite understand,” I replied. “After attending to her ladyship, I shall escort you to my trailer and give you a souvenir.”

It goes without saying that I did not invite her to serve me with further chin-to-back stimulation. Such things are only tolerable in the heat of the moment, and a gorilla does not press his advantage with an infatuated woman.

Perhaps this incident sheds light on the behaviour of the mayor’s aide in Portugal. The rational part of his brain must have known that biting a policeman was an act of grotesque depravity, but such inhibitions were overridden by a powerful surge of emotion. I suspect that many of the world’s problems are caused by over-excitement. 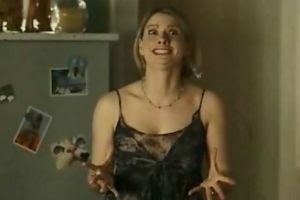 Comments:
Never a truer word spoken. We've all been there. I only have to think about "marketing mixes" and "face validity", and the urge to sink one's dentures into my manager comes damn near unbearable.

What was the souvenir?

You are much more gentlemanly and humane than most humans, GB. If I had to provoke an ape to bite me - for some very odd reason - I'd pick you.
xoRobyn

it's nice to read about gently soul like yourself whose brain isn't hardwired for lust and greed. on the other hand being hard wired for lust has given me some of my best memories.

You're a better ape than me. I would have angled for a toe sucking. (and invite arriving shortly)

I was too young to remember but my mother recounted that I was a "biter"... I bit my baby sitter and a girl I had a crush on in nursery school. I guess I always had some sort of oral fixation... which, as it turns out, served me well into my adult years. Chew on that one.

Ms J: I'm sure he thoroughly deserves it, Ms J, but persuading a little dog to bite him might be safer for your career prospects.

Robyn: Thank you, Robyn. If I ever feel like biting a woman I'll let you know.

Billy Pilgrim: I'm sure they are memories to savour, Billy.
For us gorillas, lust is a means to an end.

Natalia: Is that what you like, Natalia? I've heard a rumour that some women can climax that way.

Robert: Did the girl you had a crush on enjoy it? A hickey-bite is quite different to an attack-bite. You may not have mastered the difference at that tender age.

I have also never bit a human. The flesh is far to loaded up with genetically altered foods for my taste.

Crocodiles on the other hand make a rambunctious meal, also more of challenge.

Is that Motorhead's Lemmy in the picture?

GB, I was feeling tired and blue, but decided to read a few blogs before going to bed. I went to yours first, intending to just read the most recent one. It made me almost smile, and it felt almost good, so I read the following one. I felt the corners of my mouth turn up! Goodness, what is happening to me, I thought. So, I read the next one and then the next! Now I am still tired, but no longer blue. I wish you were here, so I could bite you.

You know what you are good at - very, very rare amongst Blogland's self-absorbed psychobabbling wannabees - you are good at being totally convincing as a character other than your own! I mean, you're not a REAL gorilla, are you? Are you published commercially anywhere?
This piece is expertly written and very funny, as is the nudiflorum underneath. Too cold in the UK for that sort of thing.
Regards

Dear Doctor, I have met Mr G. Bananas on several occasions in the flesh and I can attest to the fact that he is most definitely a fine figure of a silverback lowland gorilla. I will not have anyone accusing my hairy friend of being a mere human pretending to be an ape. Have at you, sir! I shall thrash you with my handbag if there is any more such calumny.

I'm afraid I have been known to sink my teeth into the occasional muscular shoulder.

However, due to my new teeth jewellry, it'll be awhile before I can return to such uncouth behaviour.

Alpha Za: I'm glad to hear it, my good fellow, but the issue at hand is whether you have been on the receiving end of a bite. I hope not, of course. Crocodile tastes like chicken.

Mark Sansderson: I'm not familiar with the fellow. Does he drive cars?

Madam Z: Bless you, Madam Z, I would be honoured to receive your sexy bite, as long as you don't get carried away and bite off anything!

Doc FTSE: Thank you kindly, Sir. Let me reciprocate by saying that after visiting your blog I was certain that you were a real poet, rather than the investment guru you claim to be.

Lady Daphne: It thrills me that you defend my integrity, milady, you would not be out of place in my harem.

Roses: Hello and welcome, Ms Roses. I would say that a bite on the shoulder is fine during the rough-and-tumble of coital frenzy, but your teeth jewellery sounds terrifying! You are surely wise to abstain for the time being.

Ooooh i do love biting Bananas and i must say i am green with envy that she got to get some chin-to-back action with you! May i bite you when i meet you? I promise to make it a bite worthy of your glorious tush!

I wouldn't bite anything. Too worried about leaving my teeth behind. And I need all of mine these days.

Damn, Mme DeFarge beat me to the punchline.

I love this blog. I'm looking forward to picking a shady place (out of the direct path of the Congolese sun)and catching up on the goings on.

Thanks for dropping by my derelict establishment, GB. I hope the staff were on their best behaviour.

My students know better than to address me as anything other than Your Highness, but I'll tell them the story of the Portuguese mayor's assistant as a friendly reminder.

GB - That picture to start the post is shocking and wonderful.

Second, I was kicked out of preschool for biting the other children on their ankles. Does this make you like me more or less?

Sabrina: I'll only let you bite me if I can bite you back, Saby. Reciprocity is the key thing in any relationship.

Madame Defarge: I would never expect you to bite anything other than a tasty confection, Madame D.

Doctorboogaloo: Hello and welcome, Doctor. You are most welcome to explore my jungle abode at your leisure.

Missed Periods: Hello and welcome, Ms MP. I'm glad to hear your students are under your thumb, where they doubtless belong.

V&GB: It would be difficult to like you more than I already do, Ms Vodka. Perhaps this intelligence increases the awe in which I hold you.

Being a Portuguese myself I can relate to the case.

We are obsessed with titles and designations.The Portuguese language have several different forms of treatment and even the verbs have to be the right ones.

When I was in college, one of my teachers got in serious trouble because she wrote a letter to the Dean, addressing him as Excellency (Sua Excelência) instead of Magnificent (Magnífico)...