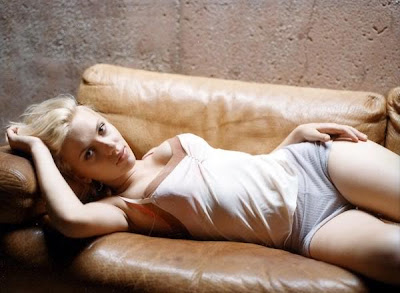 It’s a shame I didn’t run into Scarlett Johansson during her recent visit to Africa. I might have given her some useful tips about our native gels and lotions. Trekking around the jungle in hotpants is all very well, but it does make a woman with milky-white flesh an obvious target for the mosquitoes. Her legs must have stood out like bananas in a green salad. Had I known she was coming, I would have sent her a natural ointment to rub on her thighs after her morning shower.

Be that as it may, I have no doubt that Scarlett’s visit was a tremendous morale boost for the local women. For far too long, they have occupied a servile position under the prevailing “Big Man” culture. The sight of a gorgeous young actress surrounded by an entourage of fawning male flunkies would have conveyed a powerful message. Scarlett, indeed, was quick to express solidarity with her bullied and harassed black sisters.

“I’ve always found that women have power in numbers,” she remarked. “We draw strength from the support of other women.”

Tell me about it! When I was in the circus, I soon realised that advancing my interests depended on establishing close bonds with the all-girl acrobat team. So I engineered what biologists call “a symbiosis” and political scientists call “an alliance”. I curried their favour by performing chores such as carrying baggage and apprehending peeping toms. They, in return, let me borrow their grooming products, which are frankly far more useful to a gorilla than any number of human females.

We also backed each other up at staff meetings. When the ringmaster ludicrously suggested that I dress up in a genie costume for Christmas, all I had to do was grunt disdainfully for the girls to vigorously pooh-pooh his proposal. No motion was ever carried without the support of what became known as the “Bananas and Cream Consortium”.

This political education served me well when I returned to the jungle and acquired a harem. Female gorillas are not technically women, but they are sisters under the fur and the similarities outweigh the differences. The way to handle them is as follows: first, guess what they want to do; then, order them to do it. This puts them in a quandary, as they cannot defy my commands without abandoning their own plans. Hence they usually do as I direct, while gesturing obscenely as a way of demonstrating their independence. I laugh it off as a show of high-spirits from within the ranks.

Sadly, African men are not as adept as managing their females as we silverbacks. They lack a little something called finesse. That’s why my friend Kola Boof, the self-styled womanist, believes that nothing short of a full-blown matriarchy will suffice. As well as being a wily political agitator, she has written many poems eulogising the indomitable spirit of the jungle queen who wields a deadly machete and proudly exposes her breasts. This is surely the kind of philosophy that Scarlett should seek to promote if she is serious in her desire to empower her sex. I must send her one of Kola’s books for Christmas. 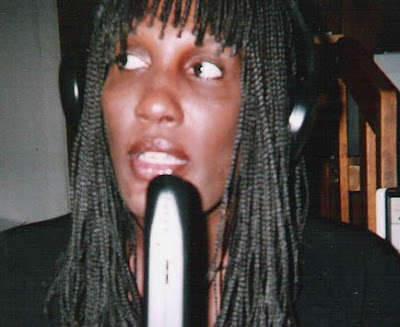 I bet she found lots of common ground with the women in Africa and can totally relate to their issues.

Um, what exactly was Scarlet doing in Africa??? But hey, she sure is pretty.

I hope your harem never gangs up on you because who will pick up the pieces?
Your friend Kola Boof?

I have no idea why anyone would want a harem - I have enough bother with one - if I ever get one!

I would like to "engineer a symbiosis" with Dutch Donut Girl and her twin in hiding...

What the hell happened to Scarlett's hair? I bet one of those damn birds built a nest in her hair.

As women march towards equality, I anxiously wait for the day when all people can expose their areolas to the fresh air.

Nursemyra: I hope you soon eat one for dessert, Nursie.

Hoodchick: I think she gave them advice on dating and relationships. Don't forget that her ancestors lived in Africa during the last ice age.

Mutley: It's part of gorilla culture, Mutley. The females like to have a numerical advantage.

Blasé: Yes, I'm sure she has plenty of chores for you. You'd soon be running around her garden panting like a dog in search of a bone.

Chris: Scarlett's hairstyle is a sign of her growing sophistication and political awareness. Gone are the days when men viewed her primarily as wank fodder. She has a long way to go before matching Kola, though.

Scarlett is one of the few females I'd like to get busy with.

Hmmm I would quite like a harem and Bananas and cream consortium.

Oh and Scarlett is my total girl crush

there is just one teeny problem with Scarlett Johannsen...yes she has the maracas and the sex appeal but um, has anyone noticed she can't act?

You a re a shrewd political strategist.

I still think you would make an imposing genie though.

Yes, indeed, Gorilla is very shrewd. Forming the ban/cream consort is truly the act of a genius!

Hi GB,
Funny as usual. I always read just haven't commented in a while.

Hope you and yours have a lovely holiday.

i stopped considering scarlett to be useful to the human race when she covered a series of tom waits songs and called it an album.

it's christmas time, and i want to hear the gorilla version of a christmas carol. i like stories. and chained ghosts and junk. and crippled tiny children. don't disappoint me.

That was an intriguing portrait: "the indomitable spirit of the jungle queen who wields a deadly machete and proudly exposes her breasts". The question though is-who's machete?

Sorry, I meant: whose machete?

Ms OWO: I am really hoping it happens for you. You two kids deserve each other.

Kate: Hello Kate! I hope you get the harem of your dreams, but I'd rather you ate your bananas without cream. No need to dress something that tastes good naked.

Mosha: Maybe, but genies are so servile. I'm not going to put my powers at the disposal of anyone who rubs my door knocker.

Topiary Cow: Thank you, Ms Cow, I love to negotiate and make deals. Let me know if you need my services.

Trish: Hello Trish. Lovely to hear from you as always.

Kara: I wrote that story years ago, Missy. This Christmas I'm keeping it topical.

Doctor: A jungle queen has her own machete. Borrowing someone else's would be unthinkable.

Yeah, Scarlett is cute -as long as she doesn't sing-, but i also ask myself what was she eaxctly doing in Africa? self marketing? Your friend Kola should travel to Hollywood instead (maybe that would be a better help for the African sisters).

PS.- The Bananas/Cream association sounds great, but i still think you would have looked very cute dressed as a genius. :)))

And when you left this consortium, did it become a Banana split? I'm not sure I would want to join your harem. I couldn't restrict myself to one man.

Another great post GB. Yeah, I can think of a natural ointment I would like to rub in Scarletts thighs. Back in five.

So, are you the missing link?

You have a incredible mind, for an ape, I mean!

Are you intending to market said natural ointment? My milky white thighs take a pasting from the mozzies every year!

Would this natural ointment happen to be the same as the secret ingredient in all recipes in the cookbook "Natural harvest"?

Leni: I believe Kola is currently living in California, Leni, although I'm not sure if she's made it to Hollywood. I can give you her email address if you'd like to say hello.

Madame Defarge: You'd be restricting yourself to one ape, Madame Defarge, but I'd make special allowances for a women of your pedigree and appetites.

Rubbish: Thank you, Mr Rubbish. We'll have to compare notes on natural ointments, I didn't realise you were a botanist.

Fragrant Liar: No ma'am, I'm the long lost cousin. There are no missing links, Homo Erectus was a mutual relative.

Secretia: Thank you, Miss, you're pretty smart for a human.

Joanna: I'll send you a free bottle, Joanna. I wouldn't think of charging you for my ointments.

Borah: I had to google your reference, Deb, and what I found left me scandalised. Are you a gourmet of the manly fluids yourself? I just hope you gargle with an antiseptic mouthwash afterwards.

Secretariat: Do you need a handkerchief?

Find out what they want to do, then order them to do it.

That, my friend, is political genius.

You're such a gracious host Gorilla.