Nuns on the up 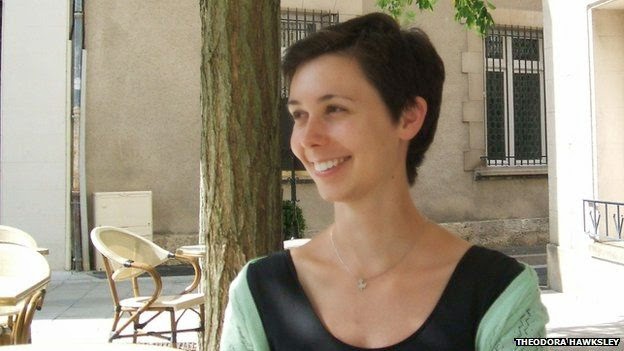 The number of women becoming nuns in England and Wales has trebled over the past five years. Before you get too excited about this news, the numerical increase was from 15 to 45. Of course, these figures don’t include women who secretly become nuns without telling the church. There must be many thousands who wear the wimple at private events in hotels and taverns.

Ignorant people who think that women become nuns because they are too unattractive to have sex should study the case of Theodora Hawksley (pictured above). This 29-year-old postdoctoral researcher mystified her friends by giving up her academic career to join a nunnery in North London.

“In one sense it is a bit like trying to explain to somebody why you are marrying the person you are,” explained Theodora. “You can list their qualities, but in the end it is a relationship of love.”

When I showed her picture to the manager of the safari camp, his breathing quickened.

“What would I have to do to kiss this woman on the lips?” he asked.

“You could start by changing your name to Jesus Christ,” I replied. “Then perform a few miracles, rise from the dead, and her tongue will be wrestling with your tonsils in no time.”

“Bah!” grunted the manager. “I was hoping taking her up The Shard might do the trick.”

Theodora is joining an order of nuns called ‘The Congregation of Jesus’, which encourages its daughters to discard the traditional habit in favour of a t-shirt and jeans. This makes it easier for them to mingle with the ungodly, but harder for the men they meet in discotheques and bars to know they are unavailable. The only solution I can think of is printing “Girlfriend of God” or “Wholly Virgin” on their t-shirts. Being upfront about your situation is better than planting booby-traps on your body, like Catherine de Medici.

Now Theodora, at the age of 29, might not be wholly or even partially a virgin. This possibility we must bravely face. But I don’t agree it would make her less effective in the business of nunning. There is much to be said for tasting the forbidden fruit before giving yourself to Jesus, rather than going through life having masochistic fantasies like Teresa of Avila. The modern nun should be knowledgeable about sex so she can give advice to teenage girls like Maisie Williams, who is currently finding it difficult to understand her own sexual feelings.

Maisie doesn’t tell us what her problem is, but at the age of eighteen I would guess she has apprehensions about the male sexual organ. This would be perfectly normal. As a girl blossoms into womanhood, a man’s todger goes from being an evil snake to a useful (if rather comical) sex aid. There can’t be a woman on Earth who hasn’t, at some moments in her life, had mixed feelings about the beast. There’s no need for Maisie to worry if thinking about it gives her the shudders. 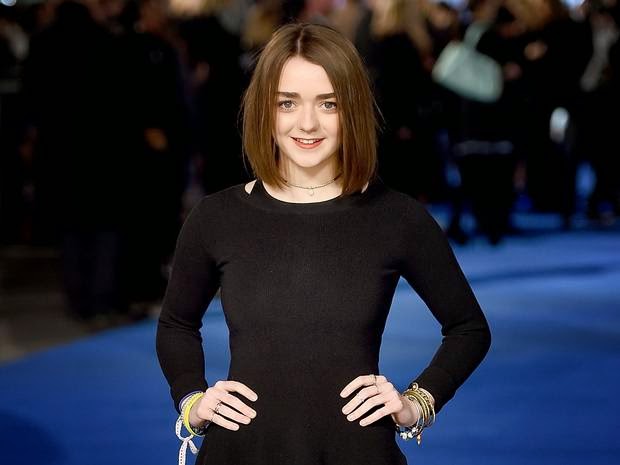 Comments:
Now this is just the most interesting post I've read today. Amazing writing. And that last paragraph is so...honest. :)

"There can’t be a woman on Earth who hasn’t, at some moments in her life, had mixed feelings about the beast." - yep; tru fax dat. the penis can either make you shout for joy or be a huge disappointment.

True. Every time I see mine, I giggle.
Better than tears.

So Jesus is getting busy with 45 women in England and Wales nowadays, GB? Odds are clearly in his favor.

I don't think printing "Holy Virgin" on her shirt would deter men. They'd probably see her as fruit that's ripe for picking.

Maybe Maisie's sexual confusion arises from the sheer amount of naked breasts that are strewn around the set of Game of Thrones like cocaine around Charlie Sheen's Winnebago? They'd be enough to turn the head of even the most dedicated nun.

Anne Marie: You've really shouted for joy at one? The lucky todger must have swollen with pride.

Al: That's like laughing at your own joke. The last paragraph was intended for the ladies here to comment on. Your job is to respond to their comments.

Robyn: Those 45 are just the new nuns, Robyn. There are many more veterans for Jesus to lay his hands on. What do you think about Maisie's issues?

Michael: A virgin isn't ripe until the farmer says so, Michael. You've got to assess the colour of the fruit.

Steve: Hmm, I never knew Game of Thrones had naked breasts in it. Is this a devious trick to make me watch the hokum?

Wow, so the church is declaring victory because the number of nuns has reached the astronomical number of 45? Sounds similar to the supposed "moral victories" that keep me clinging to hope... like celebrating when someone votes thumbs down on one of my youtube videos, because I figure at least they watched some of it. Yay.

i suspect that the vatican's marketing team and their new pope have something to do with it.

Hokum, Game of Thrones may be, but I swear to you it is breast heavy.

Every time I see an old priest or nun I wonder if they're looking back on their long life in service of the church and saying to themselves, "What was I thinking?"

If she wants to remain chaste and lead a celibate life, I recommend getting married.

i have an aunt turned nun in London. lol. Maisie looks very young. she still looks young in the show.

It will take some years until Maisie does what normal girls do, i.e.:

1-Take their pants off, sit cross-legged on the floor and share their make-up giggling.
2-Pull their hair into a knot on the tippy top of their head and lay in bed together, texting.
3-Compare butts and breasts size.

And last but not least:

4-Talk about sex. Great, awkward, what they like and what they hate.

If she hasn’t done that yet, it means she’s still a pre-pubescent.

Trust me, Mr. Gorilla Bananas, if nuns wore T-shirts with "Girlfriend of God" or "Wholly Virgin" that would be even more of a challenge for a red blooded male to try and take her up the Shard.

Can you be part virgin? If so, I may join the sisterhood.

Jimmy: 45 is just the number of new nuns last year, Jimmy. I'm sure every one of them would like your videos if they only knew where to find them.

Billy: The new Pope already feels like an old Pope to me.

Steve: You're right! I found this tit-and-bum compilation in The Huffington Post. It's too ridiculous for words, and yet I'm not sorry I watched it.

Exile: She's taking your advice by marrying Jesus. I expect it to be a long-distance relationship with plenty of moaning and sighing.

JJ: I've never seen Maisie in the show, Jaya. Did your aunt look younger than her at her age?

Leni: Good heavens, Leni, I never knew girls did that! I hope they keep their knickers on when they're making comparisons. Too much comparing of this and that isn't healthy!

Jules: By the powers vested in me by the Republic of Congo, I hereby declare you a partial virgin, Jules. I'll leave you to design your own t-shirt logo and coat of arms.

Well, that was rather interesting and very funny.

You're like the Dr. Phil of the jungle! Both the nuns and the cast of Game of Thrones could greatly benefit from your counseling, Gorilla! Though it might be a tad late for that witchy woman on the show.

Very interesting. I have though of going to live in a monastery. So day human kind just drives me mad or sad. But then I think how can I live there. What do I do without sex and my nightly gin and tonic?

Mary: Thank you, Mary! What do you think of Maisie Williams?

Julie: The nuns would be much easier to counsel, Julie. The Game of Thrones cast must be very confused after all the strange sex scenes they had to act in. They reminded me of baboons.

Mistress Maddie: You need to find a monastery where sex and alcohol are permitted, Mistress. Look for monks in habits which resemble a negligee.

Who wouldn't want to be a nun in the UK? have you seen Brits teeth? it seems dental care hasn't been invented in the UK. their mouth stink and their teeth are gross.