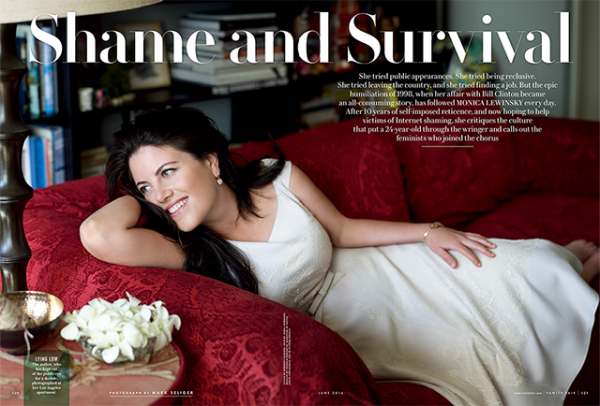 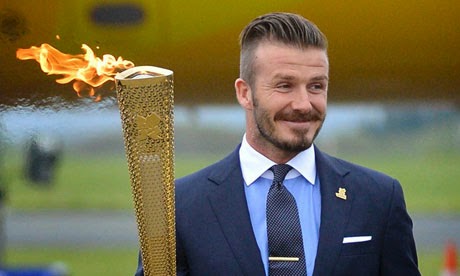 I wonder if she will ever live this down though...I doubt it.

No jokes. I think Monica got a raw deal. Both during and after her experience with Bubbling Bill.

Sorry. Lied about the jokes. Possibly.

Make fun all you want. I'd trade places with Becks in a second. You would, too. Nobody is ever going to make a movie and name it after you or I.

Gorilla, if Monica was so embarrassed and humiliated she would not be taking advantage of Hillary's run for the White House to get herself back in the news, so she could milk a few more $ from her involvement in a RIDICULOUS scandal. No doubt television appearances and a book are also in the works. Shame on the corporate media for promoting this narcissistic has-been.

for the life of me, i just can't figure out what becks saw in that grouchy looking spice girl.

Mary: She's given up trying to live it down, Mary. Living it up is the only option now!

Steve: Better raw than cooked is what I say. There are some things you don't want to melt in your mouth.

Carol: Thanks, Carol. Why did you made your blog private?

Exile: I regret to admit that I stole "siphoned" from a Welshman. You can pay him homage at alfanalf.blogspot.co.uk.

Billy: I guess some men like waif-like women. It's also quite likely that she took the initiative and jumped on him.

Gorilla, I will respectfully disagree. Thanks to the Lewinsky scandal Al Gore lost the election, and we got 8 years of George "Dubya" Bush, who's incompetent presidency nearly reduced my country to the status of a bannana republic. This was not all Monica's fault obviously, but she is not someone to be admired in my book.

Jesus Christ what is going on with Beckham's hair? Monica is a 40-year-old fitty isn't she. xx

Monica is a good girl, I'd say. And gorgeous too. And I would certainly take up cigar smoking for her, given half a chance.

Perhaps Beyonce should have sang: "he Clinton'd all over my my gown.

Smacker Ramrod comes up with the best lines! Is she wearing the same dress in the photo? Hilarious summary of Monica's interview, especially #2! Though they were both at fault, Clinton will continue to win popularity polls, while Monica will enjoy her new fifteen minutes of fame.

What does Beyoncé know about anything going anywhere anyway? This is solid proof: she was raised a nun.

Hilarious! Also, i suspect I'd get along fine with your friend, Smacker.

But lay off David B - he's revered here in the UK. He may not be cerebral, but he's a pretty boy. (If I ever leaned towards homosexuality, he'd be my man!)

Jimmy: You mean she had sex with Al Gore too? Now she's really gone down in my esteem. Whatever you say about Clinton, the man did have charisma. A woman could fall asleep giving Al Gore a blowjow.

Scarlett: She sure is, Miss Scarlett. All the more reason for a woman your age to look forward to the future!

Joe: I was disappointed in Clinton for using a cigar tube as a sex aid. She deserved better than that.

Cocaine Princess: Or maybe just "he jizzed". There's no need to bring anyone's name into it.

Julie: Don't you think the whole thing should have stayed private, Julie? I can't believe the questions they got asked by federal employees.

Blue: Really? Maybe that explains why she's now a hoochie. People often rebel against their upbringing.

Bryan: Ah, you must be a Red to speak up for Becks like that. I'm not convinced he's admired throughout the UK.

Monica has always been hot, she has that sultry sexuality about her that is purely genetic. And she's smart too? Given the fact the the GOP hate her as much as they do and she should run for higher office. I'd vote the shit outta her!

I have to give it to the girl...anyone who will admit to having a cigar in their cooter is a better girl than me...plus who hasn't had a man who thinks he's the president in his mind accidently miss your cooter and shoot your dress or in most cases short shorts and a baby tee...that is like one o one I'm not trying to get pregnant...or at least that is what it says in the Arkansas hand book of sexo...cheers nice to hear from you...

I have to give her props for her Beyonce comeback, for sure. But I do wonder, if she's truly trying to bury the story once and for all, why she brought it all up again by publishing her memoirs. It had a better chance of being buried by her just staying quiet.

My goodness, she does look rather top totty, doesn't she. I wonder what she's smiling at. It appears to be crotch height....

Makes you wonder what type of "job" offers she's gotten, GB. and whether or not they could possibly rise to the level of Clinton's. (?)

Scott: If I had the vote, I'd vote for her too! But why do the GOP hate her? She gave them the ammunition they wanted. It's not her fault that they shot themselves in the foot.

Ms JTI: Haha! Any man who accidentally misses a cooter needs to go back to school and re-take sex education. I think Clinton was just using his preferred method of birth control.

Stephanie: That story will never be buried, so she may as well play the hand she was dealt. I think she's playing it pretty well.

Juliette: I wonder if she'll ever smile at a crotch again, Jules. Some scars never heal!

Robyn: I wouldn't be surprised if Hef had offered her a job, Robyn. That old reptile knows an opportunity when he sees one.