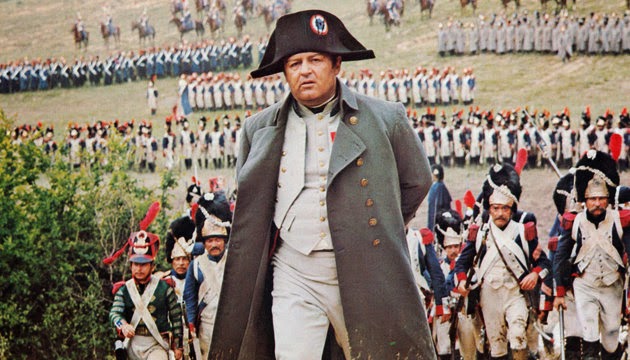 I do hope Napoleon’s penis is returned to his descendants so they can dispose of it in a dignified manner. The unfortunate organ was detached from its deceased owner during an autopsy carried out by a resentful doctor. I have no idea what the doctor’s grudge was – the list of possible grievances that might be blamed on Napoleon is endless. Be that as it may, robbing a corpse of its masculine appendage is hardly ever justified. Maybe a transvestite who was too scared to have the operation while he was alive would have wanted to be buried in a dickless condition, but there is no reason to suspect that Napoleon was such a person.

The eminent todger was sold to an eccentric American in 1977 and currently resides in New Jersey. I know this because a “TV scientist” has tracked it down to get some publicity for his show:

"I've seen a lot of penises, from a Chihuahua to a Sperm Whale,” declared Mark Evans, presenter of Dead Famous DNA. “This is so withered.”

Stupid twerp. I’d like to see what his knob looks like after 200 years of aimless wandering inside a cigar box. And what a charlatan he is for pretending that a withered penis is an object of scientific interest. It is a sad commentary on the TV industry that this bumptious oaf has access to the airwaves and can pass himself off as a scientist.

I should make it clear that I have no admiration for Bonaparte, who was and remains an enemy of the gorilla nation. When he led his garlic-munching hordes into the Mother Continent, we gorillas immediately took up arms and offered our services to the Royal Navy. My ancestor, Bo’sun Bananas, was mentioned in dispatches by Lord Nelson after the Battle of the Nile. That noble ape despised the Corsican upstart, and I’m sure he would have wanted his remains to rest in obscurity. Making an artefact of his penis gives him undeserved publicity.

I wonder if Cameron Diaz is aware of this story. She has recently been hinting at same-sex dalliances, and hearing about a decaying penis might have pushed her along this path.

“I think women are beautiful – absolutely beautiful,” she enthused. “And I think that all women have been sexually attracted to another woman at some point.”

My advice to Cameron is to give it a go, but be careful about her choice of paramour. No one likes to see a lesbian couple where one of the women is a mannish type who wears trousers. Ideally, her lover would be as pretty and feminine as she is, making it impossible to guess who wears the strap-on. Leaving room for the imagination is never a bad thing if you’re in show business.

I wonder if Napoleon’s mistress Josephine ever had Sapphic yearnings. I wouldn’t have blamed her. No man who spends his life planning military campaigns is going to be a skilful lover. Lightning thrusts or surprise attacks never won a man glory in the sack. 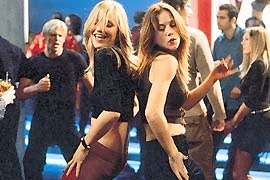 Comments:
so you're telling us there's a midget in hell with no johnson?

I had no idea when I came by your page that I would be reading about Cameron Diaz's latent homosexuality fueled by talk of Napoleon's decaying 200-year-old severed penis.

Thank you is all I can say.

Well now I've heard it all.

How can the be positive it really is Napoleons? And aren't mens wankers "shriveled" most of the time???? LOL
How we ended up with Cameron and lesbians??

But that leaves the main question unanswered: How big/small was/is Napoleon's penis? Was all his ruthlessness merely compensation for the Napoleonic complex?

The strap-on reference could surely be the answer to why the malevolent doctor removed Boney's penis in the first place? Maybe he hired it out at parties or perhaps punished himself with it regularly at weekends?

Billy: Apparently he wasn't really a midget, that was English war propaganda. But his johnson being spared the torments of Hell is positive aspect of this story I didn't consider.

Dr Ken: We live in a weird world with intricate connections, Dr Ken. Fact is truly stranger than fiction.

Mary: You've heard it all for now, Mary. There'll be more to tell next week!

Rose: Good point, Rose. There's no one alive who could positively identify the prick. It might have belonged to Napoleon's manservant for all we know. I don't know how shrivelled most men's dicks are. Doesn't it depend on the climate?

Robyn: They say it was small, Robyn, but I'm not convinced by Freudian theories. What does your rabbi think of Freud?

I'd like to see this withered penis, if I'm honest. I've heard it said that very short men have enormous todgers. Maybe the eccentric yank was hoping to have it grafted on in place of his own.

Well at least he was dead when it was removed - just thinking 'Bobbitt'!

I try to keep my finger on the pulse of world events but I haven't heard ANYTHING about this and can only assume you didn't make it up. Does this mean we have Nap's DNA and we can recreate him? He can right some wrongs.

I wonder if Napoleon's mistress ever wore a strap-on?

Great title, and I love how you jumped right in with your opening line! What a strange possession to hold on to. I would much prefer Napoleon's hat. Only you could smoothly tie in Cameron Diaz with all of this madness! You are one funny Gorilla!

Poor little Dick. What a way to go. (Yep, my comment is ambiguous.)

A biography of Napoleon that I was supposed to read in college gave anecdotal evidence that he was actually a pretty decent lover. I mean he was Napoleon for jesus sake... he was good at everything. Hey that could be a new meme, "I'm Napoleon, dammit! I'm good at everything!"

Great title - I read something recently about the blood of French king. It was common practice of the crowd to collect the blood at the beheading. There has always been a little uneasiness about the French for Americans.

At this moment I'm playing King Missile's song Detachable Penis, in honor of this post.

As a matter of fact, this album (Happy Hour) is actually quite good, a classic is some circles, and well worth a listen if you're into the whole avant garde poety slam rock scene...

Juliette: It's funny you should say that, Jules, because I remember 'Domestic Minx' making a comment that dwarves were scary creatures who had big willies. And she was a blonde yummy-mummy like you! Maybe it's an optical illusion because of its size relative to the legs.

Suburbia: The Bobbit story was shocking, but there was a less publicised case of a Russian woman setting fire to her ex-husband's penis. It doesn't get worse than cock arson.

Julie: Thank you, Julie, and I'm pleased that you noticed how I got straight to the point. I don't like to waste people's time!

Blue Grumpster: I too feel sorry for the dick, although it was probably dead before it began its travels.

Jimmy: I doubt he was a great lover, because I'm fairly sure Josephine dumped him. Do you remember a character played by Robert Vaughn called 'Napoleon Solo', Jimmy? He was arguably good at everything.

Bill: It couldn't have been common practice because kings were rarely beheaded, even in France. There are many reasons to be uneasy about the French, but they have a style that's all their own.

HermanTurnip: It sounds like a classic of rock-and-roll, although having a detachable dick is not something Elvis would have boasted about. I will find out more about Mr King Missile.

Gorilla, the heroes on tv shows in the 70s were always perfect in every way. Did you ever see a show called Hawaii Five-O. Detective Steve McGarrett might have walked on water in one episode he was so Christ-like. Those were simpler times.

There's is nothing better on this here green earth than watching two beautiful lesbians slow kiss. That being said I'm juts not that into Cameron. For some reason she's too, like, face-y for me.

I love the link from a withered old todger to a todgerless Cameron, but the title of this post deserves an award :)

I would adore the ability to show someone the Napoleon penis that I picked up during my travels.

Jimmy: I certainly did, Jimmy. Steve McGarret was a square-jawed hero and I wrote this eulogy to him 7 years ago. I wish you'd been around to comment on that post.

Scott: I don't know what "face-y" means, but I agree that Cameron's got a long way to go before becoming lesbian icon.

Joe: Thank you, Joe, I'll accept whatever you're offering!

Michael: Are you a circus clown? I used to perform with circus clowns. I wouldn't be impressed if a clown showed me Napoleon's penis. I'd probably kick him in the arse for his effrontery.

Intriguing. I can always smell if a lady may be receptive to my advances by a sweetish smell from her breath.